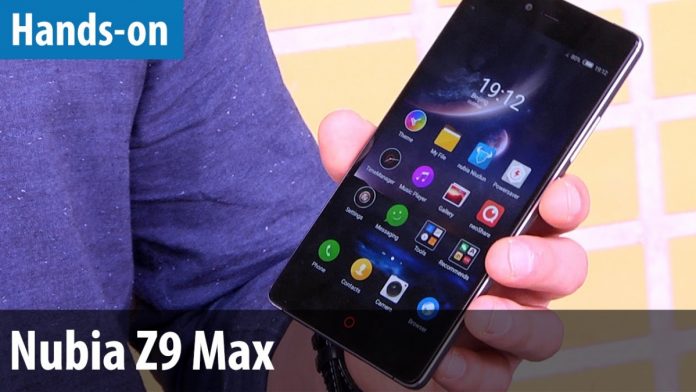 ZTE’s current flagship phone, the Nubia Z9, may be released in the US in the third quarter of this year.

The ZTE Nubia Z9 experienced tremendous success with its Chinese release, with all of its units sold out in a span of only 10 minutes. The Classic variant of the Nubia Z9 sold at China for a price that is equivalent to $645.

According to a report over Thomas PR , the ZTE Nubia Z9 that will be released in the US will feature a visually borderless 5.2-inch display with 1080 x 1920 HD resolution. This sleek and elegant design does not end with providing a good look for the phone, but it also opens a wider range of new gestures and UI shortcuts that will give users a better experience with the Nubia Z9, called the Frame interactive Technology (FiT).

According to the release, by adopting Nubia’s Frame interactive Technology (FiT), the Nubia Z9 allows users to control their phones by using grip and gesture based controls, such as touching the edge of the screen.

The release cited that users can launch the camera by simply tilting the phone sideways and placing four fingertips on the edge of the screen. Users can also take a one-handed selfie by squeezing the handset without touching any buttons.

The Nubia Z9 runs under an octa-core Snapdragon 810 processor and Android v5.0.2 Lollipop (with Nubia UI 3.0), with a 16MP rear-facing camera, and 8MP front-facing camera for selfies. The phone does not support external microSD card expansion.

The Nubia Z9, just like in its Chinese release, will be sold in three variantsthe Classic, the Elite, and the Exclusive. The Classic edition packs all the aforementioned features with 3GB RAM and 32GB internal storage for $564; the Elite edition, meanwhile, has $GB of RAM and 64GB storage, all for $645; the Exclusive packs the same specs as the Elite, with an additional fingerprint scanner feature.

The Nubia Z9 will be available at selected US retailers or online.