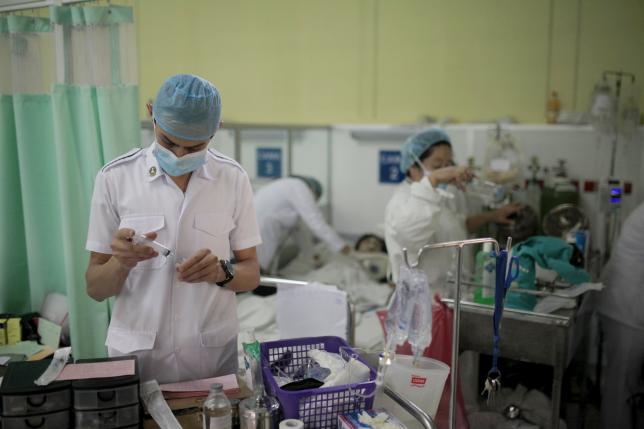 Aside from it causing severe birth defects in the offsprings of pregnant women, Zika virus has also been shown to be associated with Guillain-Barr syndrome, a reaction that would leave people paralyzed to varying degrees. A recently published study in the journal, The Lancet, demonstrates the first evidence that links Zika with the temporary paralysis of infected individuals.

According to Science, Guillain-Barr syndrome is an unusual neurological reaction by the body during several types of infection. A couple of days or weeks after recovering from the infection, people will experience a sudden numbness in some of their body parts. The gradual weakening of their limbs will develop into a point of partial or complete paralysis. Although Guillain-Barr syndrome is temporary, usually over some weeks or months, some individuals will still suffer some its effects like weakness of the limbs and perpetual tingling sensations.

The researchers analyzed blood samples from 42 adults in Tahiti, French Polynesia, who were diagnosed with Guillain-Barre syndrome during the recent Zika outbreak in the island, which happened in 2013 to 2014. Results show that almost everyone had shown signs of a previous Zika infection. In addition, the researchers estimate that for every 100,000 persons infected with Zika, around 24 would have Guillain-Barre syndrome. In comparision, for viruses such as the flu or dengue, the incidence of the syndrome is only one to two people for every 100,000.

David Smith of Curtin Universty in Australia and co-author of a commentary to the study, said that it is still difficult to actually determine the frequency at which Zika can cause Guillain-Barr syndrome.

In an email to ABC News, he explained that Zika could only cause Guillain-Barr syndrome indirectly, as the virus is already cleared from the body by the time neurological complication sets in. In addition he said that “not all of the Guillain-Barre cases in Tahiti could be blamed on Zika and that the researchers’ estimate of the syndrome’s incidence was probably inflated.”