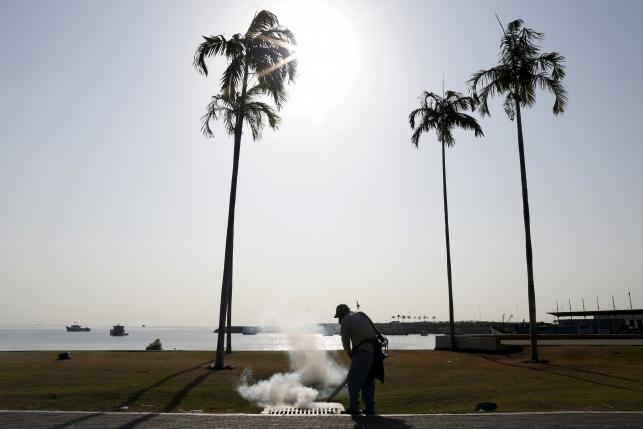 Alarm over the Zika virus spread on Wednesday, as public health officials investigated a report that an American had been infected through sexual contact and Brazil said 4,074 cases of infants with severe birth defects could be linked to the virus.

The widening scare comes two days after the World Health Organization (WHO) declared a global health emergency because of the growing number of Zika-linked cases of microcephaly, a condition in which the baby is born with an abnormally small head and an underdeveloped brain.

On Wednesday, the agency once more warned regions beyond Latin America to be on guard, including Europe but also Africa and Asia, the areas with the world’s highest birth rates. So far, the WHO said the virus has been transmitted in at least 32 countries, from South America to the Western Pacific.

There were new concerns about the possibility of sexual transmission after health officials in Texas said the first known case of Zika virus transmission in the United States was likely contracted through sex rather than a mosquito bite.

But the focus by public health officials in terms of stemming the outbreak remains the Aedis aegypti mosquito, the tropical insect known to be the primary source of contagion.

“Control measures need to focus on the major source of Zika, which is still overwhelmingly mosquitoes,” said Ben Neuman, a virologist at Britain’s University of Reading.

Although Tuesday’s report of a sexual transmission in Dallas adds to evidence that bodily fluids might also transmit the disease, scientists and public health authorities said far more research is needed to determine how much sexual contact might be needed for contagion.

“If you swap enough bodily fluid, most viruses can probably be sexually transmitted to some extent,” Neuman said.

Officials are scrambling to measure the severity of an outbreak that began in northeast Brazil early last year, before spreading across the country and into the rest of the Americas, a region that had never before suffered from Zika infections.

Late Tuesday, the Brazilian health ministry said the number of newborns with microcephaly linked to the virus had increased to 4,074 as of Jan. 30, from 3,718 a week earlier.

The rising number of cases has stirred alarm ahead of the Rio Olympic Games in August, when Brazil’s second largest city will host tens of thousands of athletes and tourists from around the world. Organizers of the Games said on Tuesday they were concerned by the rapid spread of Zika, but had not seen evidence of people cancelling travel.

Health officials and scientists are still struggling to determine which of the cases of microcephaly have a definitive correlation with a Zika infection. Scientists do not yet fully understand whether Zika itself is causing the condition or how it might otherwise be associated with it.

One of the key challenges in terms of measuring the severity of Zika and its believed complications is that the illness shows symptoms in only one of five people who are infected with it. Even then, for most people symptoms are limited to minor, flu-like aches and fever.

And for babies thought to have microcephaly, a complex process of waiting, lab work and therapy is needed to determine whether the condition is in fact present and whether it may have coincided with a Zika infection.

In the figures released Tuesday, Brazil’s health ministry said that 709 of the 4,783 instances notified as possible microcephaly since October had been ruled out.

Stress management techniques: Being kind to others is part of human...