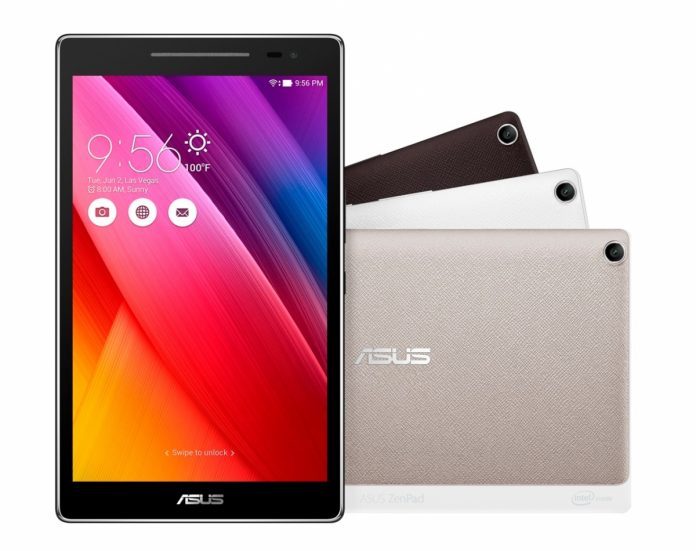 Asus recently unveiled at an exclusive ZenFestival event at Jawaharlal Nehru Stadium in New Delhi, India an array of its next-in-line tablets which include ZenPad 7.0 and ZenPad 8.0.

Based on the company’s official press release, the two tablets “Combine refined styling, incredible entertainment capabilities with rich and vivid visual experience, and are the world’s first tablets to offer customizable functionality, as well as being the world’s first tablets to integrate DTS-HD Premium Sound for the ultimate sound experience.”

The selling point of both devices is their interchangeable back covers which include: Zen Clutch, designed based on fashion lines of wallets and bags; Zen Case, has five color varieties that are made of fine leather; Audio Cover, has 5.1-channel surround sound; and Power Case, which seems like a charging port that gives a longer battery of up to 16 hours.

Moreover, they have ASUS Tru2Life and ASUS TruVivid that allow for the image to be seen as clearly and as crisp with all the minute details. While DTS-HD Premium Sound transform the listening experience into a virtual surround sound.

Another one is their screen, both have the resolution of 1280×800 pixels but ZenPad 7.0 is slightly smaller with 7-inch display and ZenPad 8.0 has 8-inch one.

Under the hood, ZenPad 7.0 is powered by Intel Atom x3-C3230 in 1.2GHz quad-core processor combined with 1GB RAM and 8GB internal storage which is expandable up to 128GB via a memory card. ZenPad 8.0 on the other hand has Qualcomm Snapdragon 410 MSM8916 that is partnered with 1GB of RAM and 8GB built-in storage that can also reach up to 64GB as it has a card slot.

Both back cameras have 5-megapixel lens. The front lens for ZenPad 7.0 is a measly 0.3-megapixel while the larger one has 2-megapixel.

The two devices will run using Android 5.0 Lollipop incorporated with Zen User Interface and both will have additional features including Compass or Magnetometer, Proximity sensor, Accelerometer and Ambient light sensor.

No details have been mentioned as to when the devices will become available across the globe.