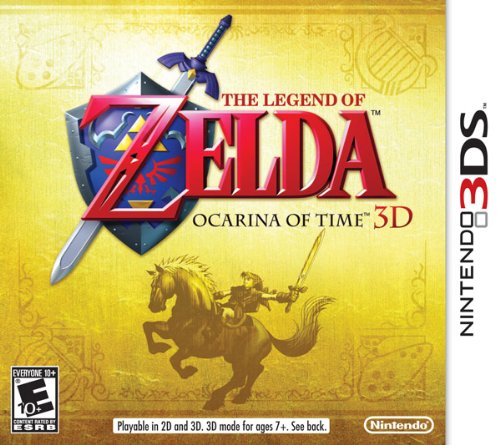 Considered as one of best games developed by Nintendo, Zelda: Ocarina of Time will be released in Europe on Thursday for the Wii U Virtual console.

The version will be available at the Wii U eShop and will cost 8.99. Still, it is relatively cheaper than previous remakes of the game for Gamecube and Nintendo 3DS. The games cost $126.42 and $49.99, respectively on Amazon.

The game has been credited for spawning The Legend of Zelda games, as well as its spin offs, reported IB Times.

Based on Nintendo’s official description of the game, the adventure game takes gamers “through dense forests and across wind-whipped deserts and challenges them to swim raging rivers, climb treacherous mountains, dash on horseback across rolling hills, and delve into dungeons full of creatures that fight to the finish to put an end to their adventures. With immersive graphics, a sweeping story line, swashbuckling adventure, mind-bending puzzles, and a touch of humor.”

“The Legend of Zelda: Ocarina of Time is one of Nintendo’s most epic challenges ever,” the post further said.

It is yet unknown however, when the game will reach the US as there have been no announcements made by the company.

Meanwhile, Eurogamer reported that there are also two Nintendo DS titles which will be made available via Wii U Virtual Console.

Advance Wars 2: Black Hole Rising and Fire Emblem: Shadow Dragon will be released on Thursday along with Zelda and will cost 6.29 and 8.99 respectively.

Shadow Dragon revolves around the character Marth’s quest to save his sister and home while Black Hole Rising is the second game in the Black Hole franchise which focuses on defeating enemies based on specific objectives. It introduces new elements to the game such as pipes and neotanks.