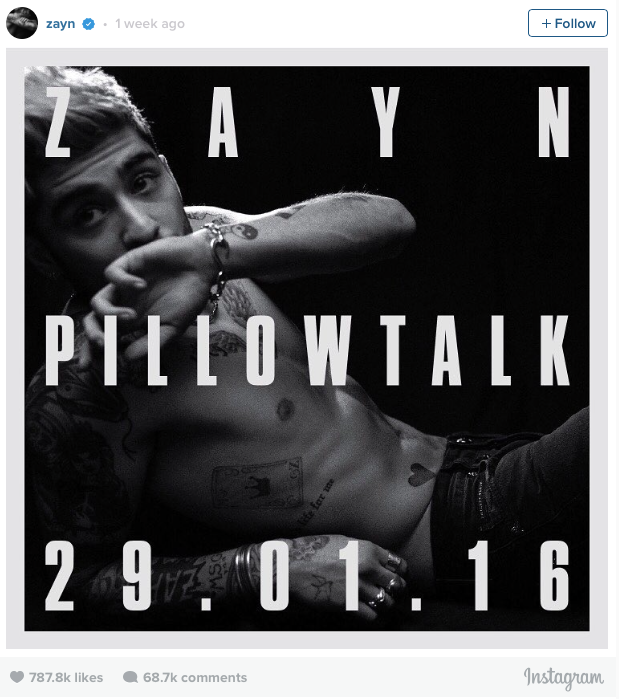 The wait for the highly anticipated single from Zayn Malik is over as the singer recently dropped his new song titled “Pillowtalk.”

The record, which will be part of his first solo album titled “Mind of Mine,” featured steamy scenes with new girlfriend Gigi Hadid. There are also a lot of psychedelic elements involving guns, melting flowers, and tears of blood.

According to The Guardian, the song seems to be an antithesis to his former group, the British boy band One Direction’s “History,” which showcased Niall Horan, Louis Tomlinson, Harry Styles and Liam Payne singing zealously about friendship and loyalty. The music video for “Pillowtalk” seemed to be geared towards artful and moody interpretations of relationship and intimacy.

In a no-holds barred interview with Beats 1’s host Zane Lowe, Malik revealed that he never wanted to become part of One Direction. “I always wanted to go, from the first year really, I never really wanted to be in the band. I just gave it a go because it was there at the time.”

He said that he did not feel connected to where the band was going. “I realized I couldn’t put any input in. I couldn’t give my opinion on this or that because it didn’t fit the grain of what we were as a band and what we represented,” he added.

He promised that fans will be able to hear more R&B sounds from his album, which may have 17 to 18 songs. He also teased that he collaborated with singer Kehlani for a single titled “Wrong” and he wrote “It’s You” about his romance with former fiancee Perrie Edwards. “There’s a song on the record called ‘It’s You’ which is to me I can tell a real centre-piece for the album. Vocally certainly. It’s about the break-up of your relationship, clearly.”

A release date for “Mind of Mine” is yet to be announced.

'Pokmon Go' goes live in the US for iOS and Android