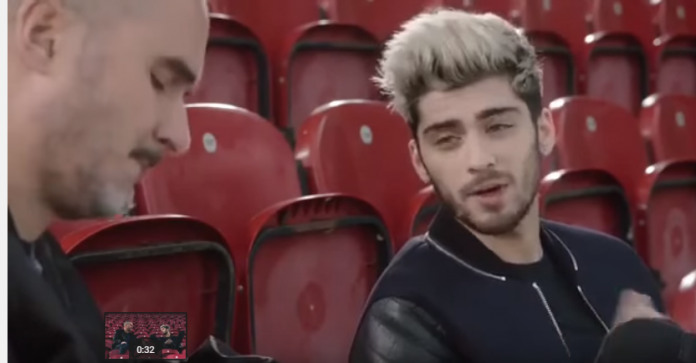 The interview was the first time Malik spoke up after choosing a solo career, and it was also the first time he told the public what he really felt prior to leaving the band.

In the video, he reveals, “I never really wanted to be there in the band, I just gave it a go because it was there at the time.”

He went on to confess that the music he wanted was quite different from the others in the group, saying, “When I realised the direction that we were going in, mind the pun, with the music, I instantly realised it wasn’t for me.”

For five years, the band released best-selling records and albums, went on sold-out concert tours and was nominated and won several awards. After five years of singing together and at the height of their popularity, Malik announced he wouldn’t be coming to Manila for their tour, and that he was indeed leaving the band. Amidst massive disappointment from fans all over the world, he left the popular boy band in March last year.

In previous interviews, he stated career growth as his reason for taking a different path and such a statement was followed by a contract with RCA records.

One Direction band members started as solo auditionees for “The X Factor UK” season 7. They did not make it to the judges’ house boys category; instead, they were asked to form a five-member all-male band, and qualified to join the group category. Under judge-mentor Simon Cowell, the group made it to third place at the end of the season. They proved to be a fan favorite even after the competition, and signed up a record deal under Cowell’s Syco Records label.

Malik’s single “Pillowtalk” debuted Jan. 29. It has reportedly hit number on iTunes in 60 countries and has now almost 36 million views on YouTube.

'Pokmon Sun and Moon' release date, news: Is Eevee getting a...

WWE rumors: Dwayne 'The Rock' Johnson not closed to idea of...