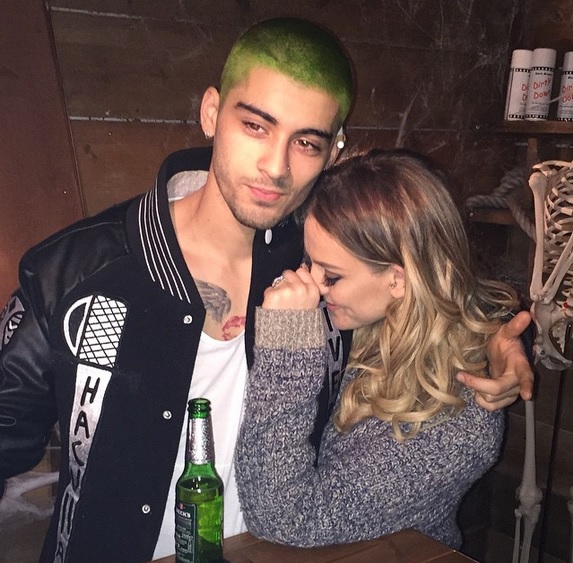 In an interview with OK Magazine, the singer said Zayn’s 1D exit was completely his decision and everyone close to him has been supportive of him.

“Zayn is his own person and makes his own decisions. Whatever he wanted to do during that time, I was going to support him 100 per cent. Whatever people think, whether they know the truth or don’t, it’s his decision. He’s made it, the boys have supported him, I’ve supported him and his fans have been incredible, it’s just the way it is,” Perrie said.

It can be recalled that Perrie has been blamed by some fans for Zayn’s surprising decision as tey believe he left the band due to allegations of infidelity while on tour in Thailand. Perrie has been defended by those close to her, saying that Zayn had other reasons for leaving the band at the height of its success.

Meanwhile, the engaged couple has yet to announce the actual date of their wedding but Edwards has clarified that the style of her wedding dress would not be similar to a prom dress she recently posted on her Instagram account.

In related news, music producer Naughty Boy, who leaked Zayn’s new song a short time after the singer quit the band, is now hinting that Zayn may be releasing new music by next year. The duo are reportedly collaborating on new music together, which promises to be soulful, reported SugarScape.

“This year I want to get back to business as usual and when Zayn’s ready, probably next year for his music, I’m there for him. He’s making a very soulful record. He’s writing, himself, on it as well. I think it’s worth the wait, I think the less I say about it the better. I think it’ll all make sense soon. Zayn’s his own man, no one can tell Zayn what to do, especially me!”

'The Walking Dead' season 7 spoilers, plot: Is Daryl responsible for...