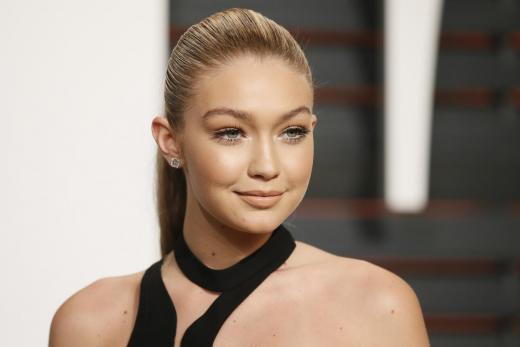 It seems like Zayn Malik is not shy of showing his love and admiration for girlfriend Gigi Hadid.

After the release of the model’s French Vogue cover, the British singer took it to Twitter to commend the photos. Although he did not say anything, he retweeted the magazine’s announcement and the use of emojis showing a hand sign that signifies perfect or okay, and a smiling face with hearts as eyes are deemed to convey more than words can offer.

Malik also confirmed their relationship in his recent appearance in “Zach Sang & The Gang.” After releasing the steamy music video of his first single as a solo artis titled “Pillowtalk,” a fan asked him if it is cool to have his girlfriend on the video to which he replied with, “Uh, yeah. That was cool. it was something . We enjoyed it. It was fun.”

It was then followed by one of the co-hosts with the question, “No one easier to make out with than your own girlfriend, right?” and Malik quipped with, “Exactly.”

The two was first rumored to be dating back in November, but some speculated that they were getting serious as they were spotted on an alleged apartment hunting trip around New York.

According to E! News, a source told them that the two are more than just a couple at the moment, and even Hadid’s friends think that they will last.

Talking about the time when the pair filmed the music video, “Gigi was so excited when Zayn asked her to be in his music video. They both acted very professional on set but it was very obvious that they were in love. They couldn’t stop flirting with each other,” the insider revealed.

When their relationship was compared to Hadid’s ex Joe Jonas, the unnamed source said that the situations are not the same, “This relationship is very different then when she was with Jonas. Her friends think this is going to last!”

'The Vampire Diaries' season 7 spoilers: Damon tries to save Bonnie...