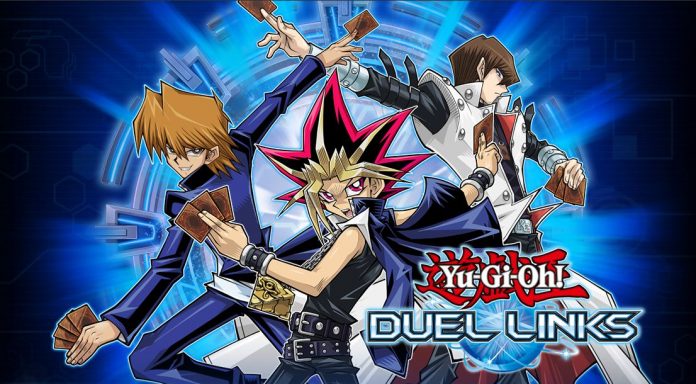 One of Konami’s most-downloaded mobile apps, “Yu-Gi-Oh! Duel Links,” has released its new update with new cards up for grabs.

A recent report indicated that the latest update of “Yu-Gi-Oh! Duel Links” is bringing new card set, Valkyrie’s Rage, which available in its virtual card store. Just like the popular Ultimate Rising and Neo-Impact sets, the new card package is complete for decking.

The cards inside the Valkyrie’s Rage set are grouped based on its rarity. These are ultra-rare, super rare, and rare cards.

The ultra-rare monsters are Sky Scourge Enrise, BES Big Core, Dimensional Alchemist, Asura Priest, Dunames Dark Witch, and The Fiend Megacyber. Ultra-rare spells in the deck include Soul Exchange and Nobleman of Extermination; while Escape from the Dark Dimension and Divine Wrath are the ultra-rare trap cards available.

So far, there are 23 rare monsters in the recent card set. To name a few, Zera the Mant, Angel 07, Akz, The Pumer, Penumbral Soldier Lady, and Ghost Knight of Jackal are monsters in the set. However, only four rare spells are included: Veil of Darkness, Contract with the Abyss, Fairy Meteor Crush, and Tailor of the Fickle.

Additionally, Valkyrie’s Rage set has cards of monsters, spells, and traps that belong to the “normal” group.

The update for the virtual trading card mobile game is available on both platforms, iOS, and Android.

Mr. Robot season 2 spoilers: next season will take a very...