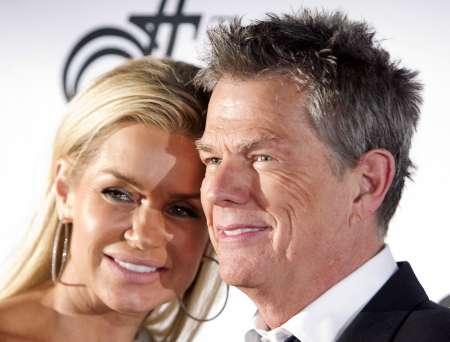 Yolanda Foster wants her supporters to know that she is not giving up the fight against Lyme disease and shared the latest update on her health condition.

It can be recalled that the cast member of The Real Housewives of Beverly Hills has been fighting the disease since 2012 and has been undergoing neurofeedback training for her condition. The treatment entails monitoring and then training the central nervous system and brain activity, as explained by the International Society for Neurofeedback & Research.

Because of her condition, the reality star will not be able to return to the show for the upcoming season, reported People.

“People assume you aren’t sick unless they see the sickness on your skin, like scars forming a map of all the ways you are hurting….” Foster captioned her Instagram post in September.

In her latest social media post, Foster shared a photo of herself while undergoing a physical therapy session.

“It does not matter how slowly you go as long as you don’t stop……..#SmallVictories #ComingBack #LymeDiseaseAwareness,” she posted.

Since being diagnosed with the disease, the reality star has become an active advocate for information and awareness about the illness, regularly posting her progress on social media to inspire others to fight back and not lose hope, reported Christian Today.

She recently received the Power One Award at the Global Lyme Alliance Gala in New York where she took the opportunity to share that her teenage children Bella and Anwar were also diagnosed with the disease in the same year as herself, but chose to support her struggle first before complaining of their own suffering.

“Watching my babies struggle in silence in order to support my journey, struck the deepest core of hopelessness in me. This award is for Anwar and Bella…I will walk to the end of the earth to find a cure so that you can live a healthy life that you deserve,” she said.

‘One Piece’ editor and publisher promise next arc to be amazing