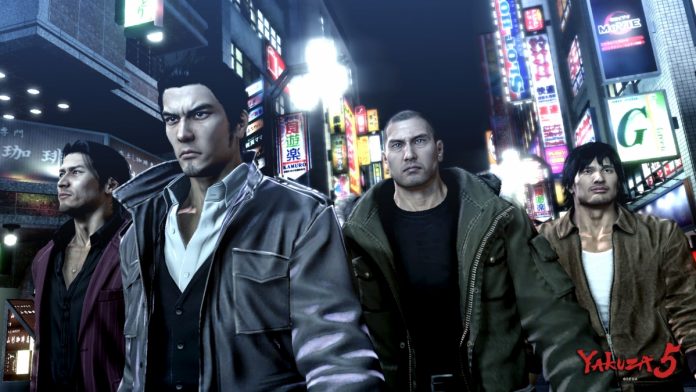 The long-awaited western release of SEGA’s “Yakuza 5” will be available in mid-November despite having an initial release date of December 30 for the digital version that can be purchased from the PlayStation Store.

As reported by Gamespot, “Yakuza 5” will be the first core game in the game series to be released outside of Japan  since “Yakuza 4” was launched in 2011. Exclusive to PlayStation 3, the game will have new graphics and will be priced at $40 once released. Pre-order is also available for $33.99.

In an article posted on SEGA’s blog last October 16, the developer said, “It’s been a while since we’ve talked about Yakuza 5, so we wanted to post a quick update on it. A few weird development bugs that popped up in localization are taking some time to iron out. Without getting too technical, there were just certain parts that didn’t like switching the Japanese text out for English, and we had to actually search through the source code to find a fix, taking more time than we expected. But! Everything is more or less back on track.”

The post was accompanied by a list of movies that gamers can watch while waiting for the game based on the Japanese underworld. Some of the films listed by the game developer included “Tokyo Drifter,” “Internal Affairs 1 and 2,” “Pulp Fiction,” “Yojimbo,” and “Sonatine.” SEGA likewise told fans to be aware that the films are rated R by the MPAA just like how “Yakuza 5” has been rated M.

Meanwhile, fans of the game series that do not own the PlayStation 3 gaming console can wait for the release of “Yakuza 6.” Gamespot reported that the game is being developed by SEGA for the PlayStation 4 and might be released in Fall 2016.

The action-adventure game follows the story of a member of the Yakuza called Kazuma Kiryu.