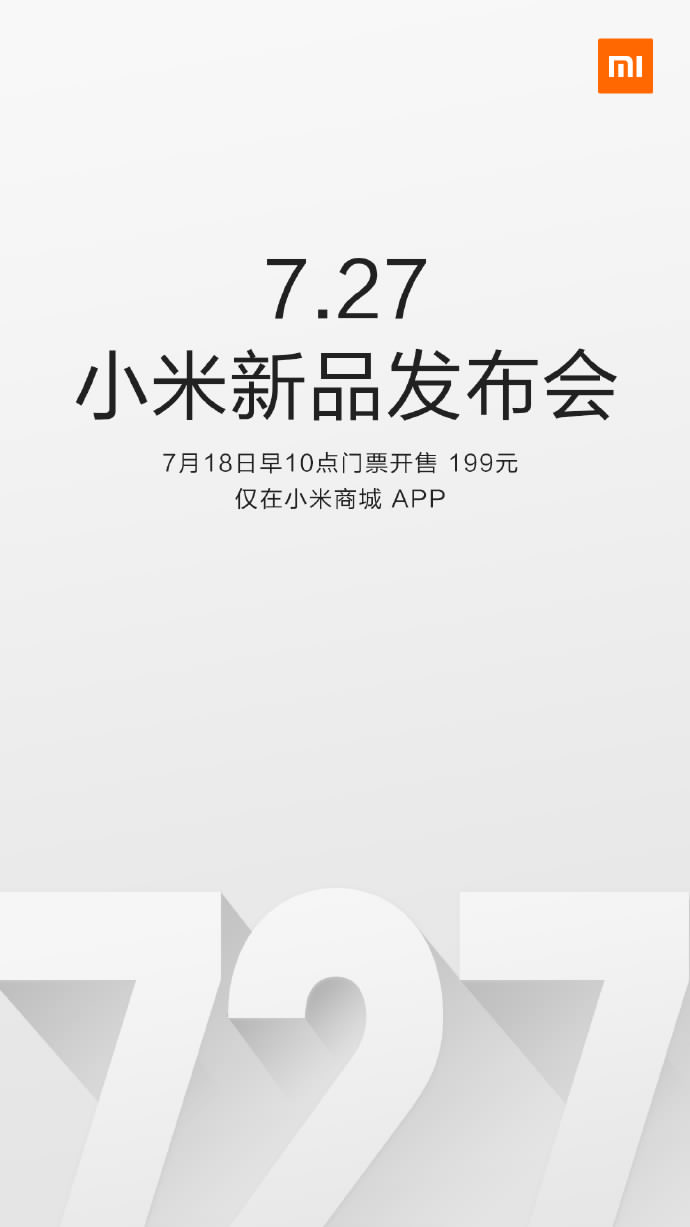 As per the company’s post over at the official MIUI forums, the said mystery launch event would take place later this month on July 27. The event would be held at the China National Convention Center, in the country’s capital city of Beijing.

Being a launch for a mystery device, Xiaomi did not announce any particular kind of device that they would be releasing on the said day of the event. Rather, they had the fans make a guess as to what device they think would be launched. Is it a new Mi smartphone? A new Mi gadget such as headphones, device accessories, a camera, or others? Or perhaps the long rumored Mi electric car? If that seems to be unlikely, maybe it is a Mi smartwatch? Or maybe, it could be a Mi virtual reality (VR) product, or perhaps the long rumored Mi Note Book is finally coming?

Based on the poll given by Xiaomi, fans and users are expecting a new Mi smartphone the most, with the choice of the Mi Note Book coming in as the second most popular answer.

One of the recently rumored Xiaomi devices is the upcoming Redmi Note 4. The device had leaked in the past, allegedly having a dual-camera setup and a possible fingerprint sensor located on the physical home button of the device. The dual-camera setup was shown in what was said to be a leaked teaser for the device.

On the other hand, the long running rumors about a Xiaomi laptop has been making the rounds for two years now and had recently began to rekindle a spark, as a release date was said to be coming closer than ever. The laptop was said to be running on the fourth-generation Intel Core i7 chipset, and is said to sport a design similar to the Apple MacBook series.