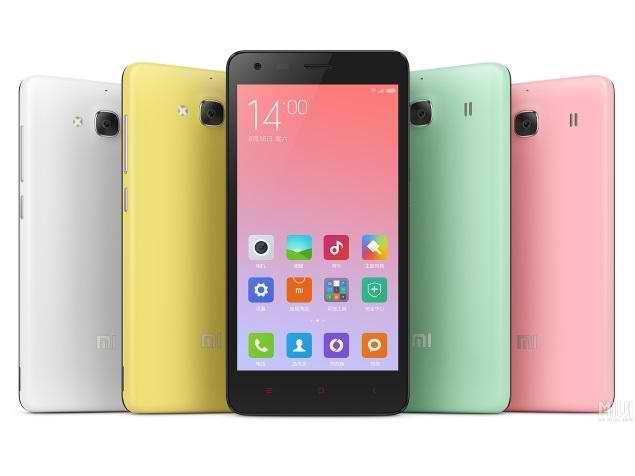 The Xiaomi Redmi 2A will see a significant upgrade, as improved variants of the smartphone are on sale right now.

As reported by Gizmo China, Xiaomi CEO Lie Jun announced through his official Weibo account that the company will be releasing a buffed version of the Xiaomi Redmi 2A. With surveys showing that Chinese users focus their attention on having more RAM and storage capacity, this is where the Redmi 2A is focusing on improvement.

The new Xiaomi Redmi 2A still comes with mostly the same identical specs as its older predecessor, as it runs on a Leadcore L1860C chipset with a 1.5 GHz quad-core CPU and a Mali-T628 MP2 GPU. It will sport a 4.7-inch wide display, with 720p HD resolution. As for the camera, an 8 megapixels rear shooter with LED flash will be present, with support for 3264 x 2448 pixels resolution shooting. It will come coupled with a 2 megapixels front-facing camera for selfies and video calling.

As for the storage and Ram, where the new version of the device met the improves, the new Redmi 2A will now have 2 GB of RAMdouble the previous 1 GB worth of RAM. It will have 8 GB of built-in internal storage capacityalso double the original capacity of the Redmi 2A which is only 4 GB worth. It support external microSD expansion of up to 32 GB.

The new device will still come with 4G LTE support and dual micro SIM support. All these and other features will be powered by a 2200 mAh Li-Ion battery.

The new Xiaomi Redmi 2A boots on Android Lollipop 5.0 out of the box, with Xiaomi’s very own MIUI 6.0 running on top of it.

The new version of the device is available for 549 Yuan, whereas the original Xiaomi Redmi 2A was priced 599 Yuan on launch.