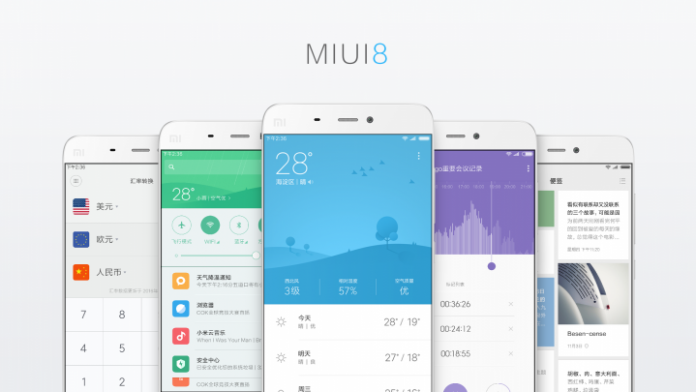 Xiaomi recently announced the release of their newest MIUI 8.0, the company’s very own operating system that is customized from the open source Android OS from Google. The new version of the software offers brand-new features such as improvements on optimization, performance features, security, and many more.

The MIUI 8.0 features a new power saving mode. This mode now takes over the device’s background app activity by restricting their run and freezing them, suspending sync, and terminating unnecessary background tasks. It also prevents applications from starting up secretly, preventing lag and more power consumption.

Meanwhile, the new Notes is made secure with a passcode. It can also be protected using a fingerprint for devices with fingerprint sensors.

The Scanner will also see improvements. Now, users can scan a barcode of any product and then search for it for an online purchase. A photo of something can also be taken, and then searched for a similar item that can be bought online. The Scanner can also be used to take a photo of a Chinese Math problem and search for a detailed solution for it.

As for the Gallery, it is now 90 percent more efficient. Not leaving the application, users can now perform minor editing on photos such as adding filters, stickers, and doodles. Videos can also be edited, such as adding effect and music without the need for a third party application.

The color scheme of the overall UI design of the MIUI 8.0 will also be visually different from its predecessors. The color will change in accordance to the perceived weather of the environment, serving to emphasize the mood feeling.

The MIUI 8.0 beta registration will open on May 16. Beta testing starts on June 1, and a developer ROM will be released on June 17.

The new MIUI 8.0 was announced alongside the reveal of the newest Xiaomi handset, the new Xiaomi Mi Max. Among all of its other features, the Mi Max is currently Xiaomi’s largest smartphone to date, sporting a display size of 6.44 inches.

iPad Mini 5 release date, specs: Tablet to be released as...