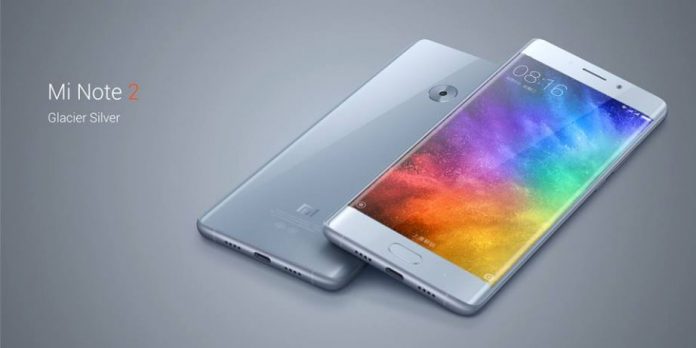 Xiaomi has issued a challenge to other tech giants as it unveiled the Mi Note 2 last week. The handset created a lot of buzz due to its big display, superb cameras, and powerful processor, and new reports claim that it sold out within 50 seconds in China. But how will it do when it’s pitted against Samsung’s flagship device?

The Samsung Galaxy S7 Edge might be a little over 10 months old, but the smartphone has retained its top spot on the list of favorite smartphones due to its crystal-clear display, luxurious look, and its top-notch security features. It will be interesting to see it go head-to-head against a device from an up-and-coming manufacturer.

This article compares the Xiaomi Mi Note 2 with the Samsung Galaxy S7 Edge.

The Xiaomi Mi Note 2 has a dual curved screen and a glass build with aluminum accents. It measures 6.15 x 3.04 x 0.30 inches and weighs 5.86 ounces. The phone comes in two color options: Black and Silver.

The Samsung Galaxy S7 Edge also has a curved screen and a metal and glass build. The smartphone measures 5.94 x 2.86 x 0.30 inches and weighs 5.54 ounces. It has a fingerprint scanner for added security, and the device comes in Black, Gold, Silver, Pink, and White color options.

The Mi Note 2 is powered by a quad-core Qualcomm Snapdragon 821 chipset with 6 GB of random access memory (RAM), while the Galaxy S7 Edge has an octa-core Exynos 8890 chip with 4 GB of RAM.

The Mi Note 2 comes in 64 and 128 GB native storage options, while the Galaxy S7 Edge comes with 32 GB storage expandable up to 200 GB with a microSD card.