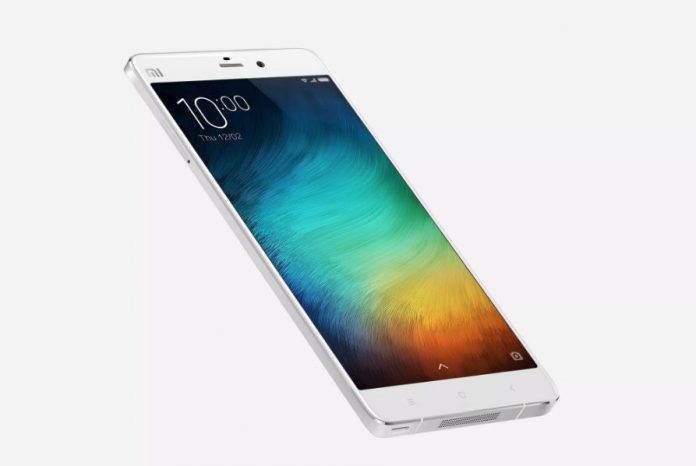 Xiaomi recently unveiled the Mi 5s and Mi 5s Plus, but it looks like the tech giant is releasing a few more smartphones before the end of the year. It has been said that the Chinese electronics company will be releasing the Mi Note 2 this year, and recent reports claim that tech fans could get their hands on the device by next month.

According to Phone Arena, analyst Pan Jiutang says that the Mi Note 2 will be introduced at the end of October and will be available in several color options. Details about the smartphone suggest that the handset could go head-to-head with other premium devices, as it is said to have a 5.7-inch AMOLED Force Touch screen with a resolution of 1,440 x 2,560 pixels.

There are rumors claiming that Xiaomi could release two versions of the Mi Note 2 one with a quad-core Snapdragon 821 chip with 8 GB of random access memory (RAM), and another model powered by a Snapdragon 820 processor with 4 GB of RAM. The former is touted to be the premium version and is said to have 256 GB of storage. This model will reportedly be called the Mi Note 2 Pro. Meanwhile, the smartphone with the Snapdragon 820 chip will likely be known as the Mi Note 2 and is expected to cost around $399.

Images and renders suggest that the Mi Note 2 will bear some similarities with the Samsung Galaxy Note 7, but it is expected that Xiaomi will look into having a better battery included in the device, as its South Korean rival has been recently plagued with battery issues which resulted in the global recall of Galaxy Note 7 handsets.

Earlier this month, it was reported that the Mi Note 2 has been approved by China’s CCC authority, which means that an announcement about the smartphone could be made very soon. Stay tuned for more news about the Xiaomi Mi Note 2.