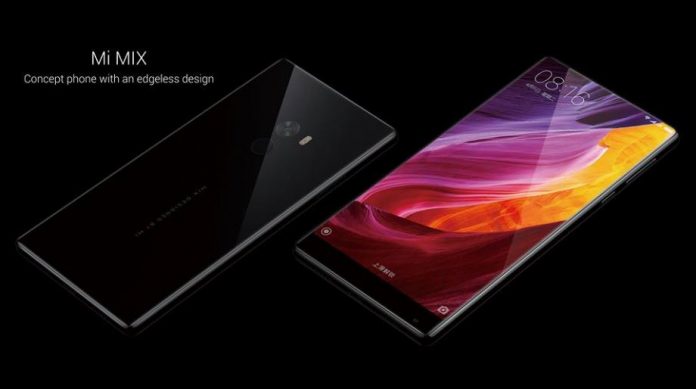 Last week, Xiaomi made a big splash in the competitive phablet market as it released not one, but two new smartphones, the Mi Note 2 and the Mi MIX. While many are familiar with the former, tech fans were surprised by the latter device, as the Mi MIX has a 6.4-inch edge-to-edge screen and a futuristic, bezel-less design. Moreover, Xiaomi collaborated with famed French designer Philippe Starck on the smartphone’s design, but how will it hold up when it goes head-to-head against the Samsung Galaxy S7 Edge?

The Samsung phone might be almost 10 months old, yet it remains one of tech fans’ favorite devices of 2016. But with the Mi MIX, Xiaomi has proven to the world that it can take the lead in the smartphone game, with its one-of-a-kind features and premium specs which give Samsung, Apple, and other tech giants a run for their money.

This article compares the Xiaomi Mi MIX with the Samsung Galaxy S7 Edge:

The Mi MIX has a ceramic body and its front has an edge-to-edge screen. The phone measures 6.25 x 3.22 x 0.31 inches and weighs 7.37 ounces. The device has a fingerprint scanner at the rear, and its front shooter is placed near the bottom. It comes in only one color option Black.

Meanwhile, the Galaxy S7 Edge has a glass and aluminum body which has an IP 68 rating, which means that the device is dust and water-resistant. It has a fingerprint scanner and measures 5.94 x 2.86 x 0.30 inches and weighs 5.54 ounces. The phone comes in five color variants Black, Gold, White, Silver, and Pink.

The Mi MIX gets points for its rear dual-LED cameras as it has a 16-megapixel sensor compared to the Galaxy S7 Edge’s 12-megapixel rear shooter. Both phones have a 5-megapixel front-facing camera for videos and selfies.

The Mi MIX is powered by a quad-core Qualcomm Snapdragon 821 chipset, while the Galaxy S7 Edge has an octa-core Exynos 8890 processor and 4 GB of random access memory (RAM).

The Mi MIX comes in two options one with 128 GB of internal memory and 4 GB of RAM, and another with 256 GB of internal storage and 6 GB of RAM. The Galaxy S7 Edge comes in 32 and 64 GB memory options expandable to 200 GB.