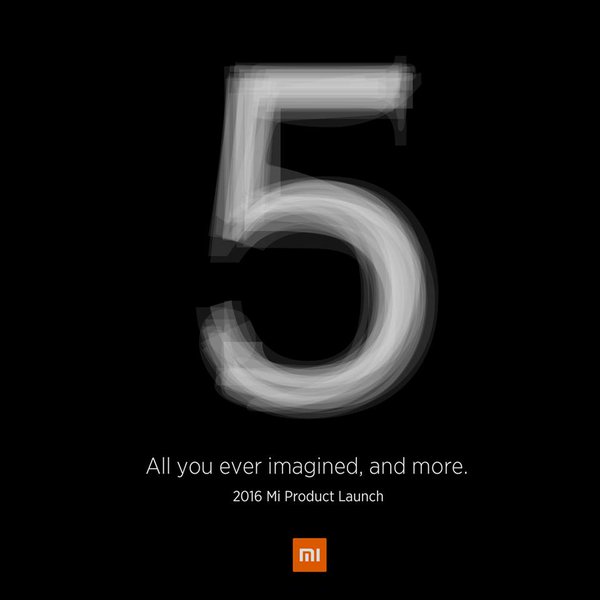 Chinese electronics company Xiaomi is all set to unveil the fifth iteration of their top smart phone lineup in Xiaomi Mi 5.

Xiaomi President Lin Bin teased tech buffs who have been patiently waiting for the aforementioned phone by posting two sample camera shots on Chinese social media site, Weibo, last Tuesday. The first image, which seemed to have been compressed to fit the site’s photo uploading parameters, showed a panoramic shot of a beach with its background in great detail and crisp colors. Also, the camera may also be boasting impressive autofocus abilities and shutter speed for it to capture a bird in motion. The second photo displayed the same subject but zoomed in.

As previously reported, the Xiaomi Mi 5 is slated for a Feb. 24 release as confirmed by company’s senior vice president, Liwan Jiang.

Based on numerous leaks in the past, the Mi 5 is expected to pack a punch in terms of specifications. The smartphone is said to be sporting a 5.3-inch IPS LCD capacitive full touch screen with 1080 x 1920 pixels (554 ppi pixel density). Inside, it’s Android OS Lollipop will be run by a Qualcomm MSM8996 Snapdragon 820 with 64GB internal memory and 4GB of RAM.

As for its camera that Bin teased, its main snapper is at 16 MP and equipped with autofocus, Optical Image Stabilization (OIS), and dual LED flash. The front camera, on the other hand, will either be at 8 or 13 MP.

The Mi 5’s sleek features also carry out through its design as various leaks suggest that the smartphone will be featuring a 2.5D curved glass display and 3D glass covering the back panel. An oval shaped home button is also a unique addition which also doubles as a finger print sensor.

'Destiny' updates: Bungie to issue melee bug fix on May 10