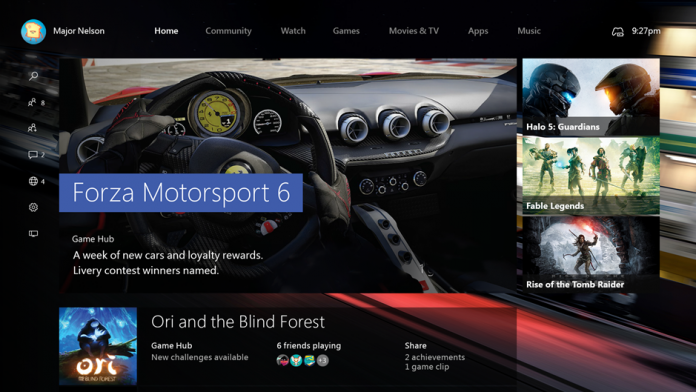 The Windows 10 experience will be coming to the Xbox One, and may be having a Preview release at around September of this year.

The announcement about the Preview program was announced by Mike Ybarra, head of platform engineering at Xbox, over his official Twitter account . While he did not say any official information, he did say that the goal is for Xbox One users to have the Windows 10 for the Xbox One preview at around September of this year.

The revamped Xbox One dashboard, powered by the new Windows 10, was first revealed on Microsoft’s E3 presentation, shows a major improvement to its design, as well as improved multitasking speeds. With the new design, players can now switch between tasks and functions faster and easier.

Mike Ybarra also recently revealed the initial design of the new Xbox One dashboard, with highly anticipated games on the menu such as Forza Motorsport 6, Halo 5: Guardians, Fable Legends, and Rise of The Tomb Raider.

Additionally, the new update and the new dashboard will also come with something elsean assistant, of sorts. The new Cortana will now be available to assist players in performing various console tasks, with only a “Hey, Cortana.” With the Cortana voice integration feature, Xbox One users can utilize various voice commands and Cortana will take care of the rest. For example, a player can ask Cortana to record your gameplay, and it will do so. A player can ask to have a certain friend be added in an online multiplayer battle, and Cortana will do so. Cortana’s function will be dependent on a Kinect sensor.