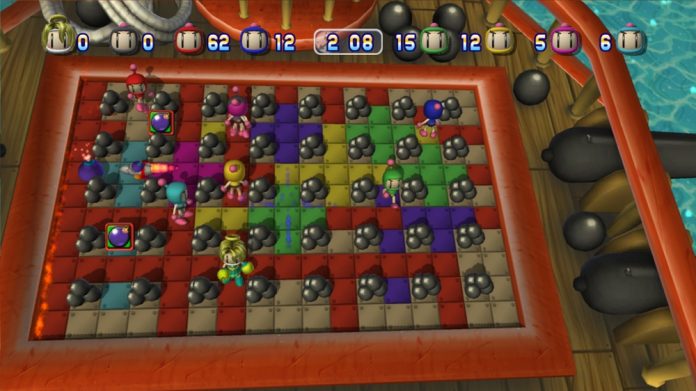 As Larry Hryb of Microsoft recently announced, the Xbox One Backward Compatibility Program is adding another title to its growing list: “Bomberman Live: Battlefest.”

“Bomberman Live: Battlefest” was released in 2010 for the Xbox 360, but players can now try it out on their Xbox One via Microsoft’s Backward Compatibility Program. Hryb, better known as Major Nelson, announced on his Twitter account that the action game is available for the current-generation platform starting Aug. 19.

Those who have downloaded it for the Xbox 360 should now see the title in their Xbox One. Also, those interested to play the latest installment to the classic franchise can purchase it on Xbox Live Marketplace for $9.99, XboxAchievements reported.

“The ultimate party game is back!” the description reads. “Blast your way through a dozen arenas with more gimmicks, more power-ups, more game modes, and more costumes than ever before! Up to eight players can pick teams and blast their way to victory playing Capture the Flag, Bankroll, Capture the Crown, Paintbomb, and VIP! Visit exotic locales like Adventure Island, a Pirate Ship on the stormy seas, and the futuristic Laser Arena! May the best Bomber win!”

With this recent addition, there is now a total of 234 past titles that are included in the Backward Compatibility Program. According to Aaron Greenberg, general manager of Xbox Games Marketing, players worldwide have now logged more than 145 million hours of playing the 230+ titles that have been made available.

“Xbox One Backward Compatibility has seen a huge amount of engagement since it launched last November,” said Greenberg at this year’s Gamescom (via Xbox News Wire).

Mike Nichols, corporate vice president of Marketing for Xbox, also previously said at the Electronic Entertainment Expo (E3) that the response to the Xbox One Backward Compatibility Program had been overwhelming (via Xbox News Wire). The full list of titles can be seen here.