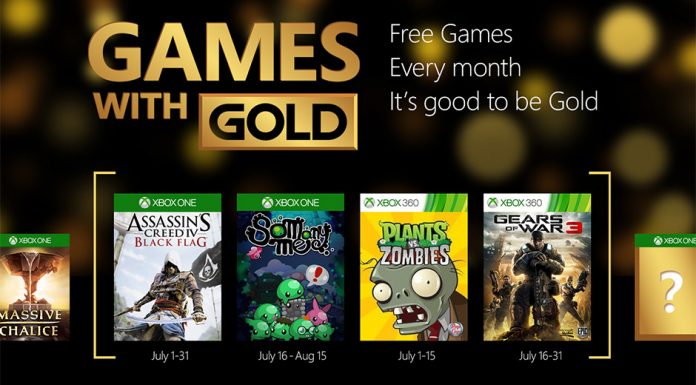 For the month of July, Xbox Live Gold gamers are in for a very nice treat, as paid Gold members will be receiving four free games available for download for the entire month of Julyboth for the Xbox One and the Xbox 360.

“This July represents two full years since we began giving Xbox Live Gold members access to amazing games to play with your friends,” said Xbox Wire EIC Will Tuttle. “As a special thank you to our members and all Xbox fans, we’re announcing that starting in July, Gold members get more with two new Games with Gold every month on Xbox One! Each month Gold members will enjoy four new free games; two on Xbox One and two on Xbox 360.”

In this 2013 instalment of the hit open-world historical fiction action-adventure video game franchise, players get to wear the shoes of Edward Kenway, a Welsh privateer-turned-pirate and member of the Assassin Order, as he takes on the cities of Havana, Kingston, and Nassau.

Control Dave and his many clones to explore, solve puzzles, and take on enemies in the beautiful world of Xio. Unleash your team spirit by combining your Me’s to help you solve puzzles and bring the fight to your enemies.

Have fun in this classic tower (or plant, rather) defense game! Zombies are on their way to invade your home, and the only defense is an arsenal of fighting plants! Plant, strategize, and fight!

This 2011 instalment of the bestselling third-person shooter tells the story following the fall of Jacinto, humanity’s last stronghold, which was destroyed in an effort to completely eradicate the Locust Horde.