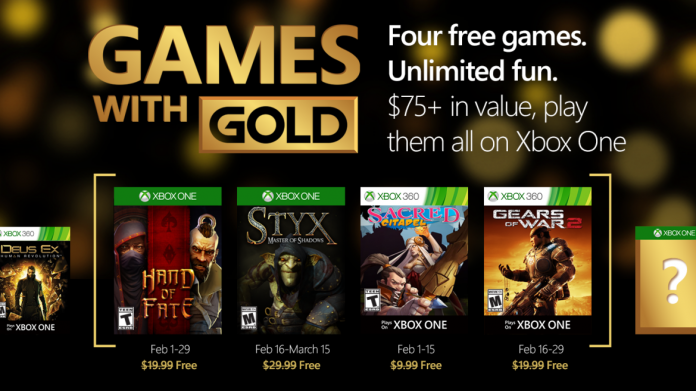 The first month of the year 2016 is almost over, which also means that a new month of free games for users of Xbox Live Gold will be made available via the Games with Gold program.

“Hand of Fate” combines the elements of deck-building, tarot cards, choose-your-own-adventure, brawling, and role-playing action in a game that features a notable narrator and villain, inducing the feeling on players that just one more card is needed to turn the tables on their opponent.

Players will take on the character of Styx, a goblin who will attempt to infiltrate the heavily fortified Tower of Akenash and steal the Heart of the World. Along the way, the players and Styx will discover more of the world of the game as well as Styx’s own origins.

Delve in a medieval world of sorcery and swords in an ever-shifting landscape in this game which features a three-player cooperative combat.

Play the role of Marcus Fenix as he joins Dom Santiago and the other members of Delta Squad take the fight to the Locust army, battling their way into the depths of Sera to strike at the heart of the enemy.

‘Overwatch’ Anniversary event set for May 23