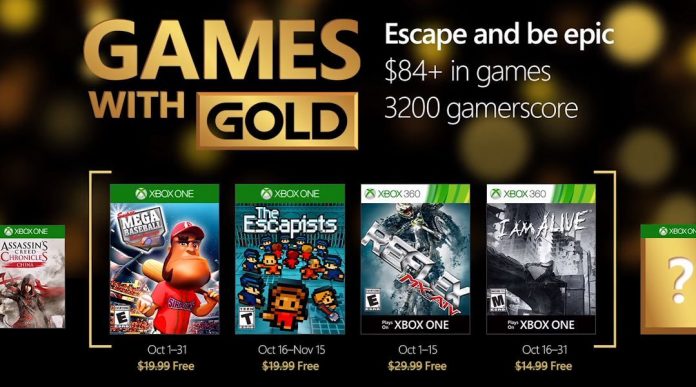 With October already halfway through, Xbox console owners are already on the edge of their seats with what Xbox Games with Gold titles might be included in November’s list. While Microsoft has yet to deliver the announcement, several theories are already populating the online world with a couple of fan favorites topping everyone’s wish list.

The first two from the gamers’ wish lists are prominent titles like “Watch Dogs” and “Red Dead Redemption.” The former, which has been popping up in subscription speculations as early as spring of this year has yet to make an appearance. When the Ubisoft title started getting some buzz, its sequel had yet to be announced but since it was confirmed, more and more fans have been convinced that the game should definitely come via the program. This way, hype for the franchise can be maintained until its follow-up makes its grand debut next month.

Having a somewhat similar fate as “Watch Dogs,” “Red Dead Redemption” is also among this year’s favorites in the subscription wish lists. The only difference is that its sequel was announced a bit later with Rockstar confirming “Red Dead Redemption 2” just this week. The follow-up isn’t expected to arrive soon with its release tipped for fall of next year.

Other favorites making an appearance in the rumor mill include “Zombi,” “Tales from the Borderlands,” “Dishonored” and even “Call of Duty: Infinite Warfare.” Unfortunately, given that Microsoft likes to mix things up by including some indie games, fans can expect those kinds of titles too.

Xbox Games with Gold is a feature that gives Xbox Live Gold members exclusive access to a carefully picked list of titles for free. Head here for the complete list of games that have been made available via the feature.

'Attack on Titan' season 2 release date finally confirmed: what to...