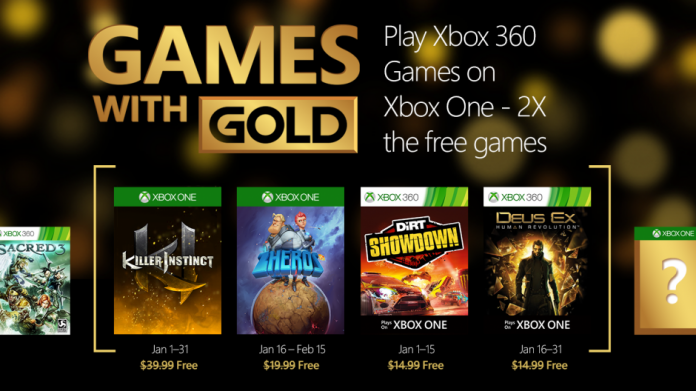 Game enthusiasts may be delighted to find out that Microsoft has already revealed what members of the “Xbox Live Gold” program will get as free games for the month of January next year.

According to the press release revealed on the official site, there will be two titles for Xbox One and another two for Xbox 360. The games available for the latest generation console are the brand-new “Zheros” described to be an “indie beat-em-up with an incredible art style,” while the other is “Killer Instinct: Season 1 Ultra Edition” which is “a premiere, combo-based, butt-kicking, mano-e-mano extravaganza.”

On the other hand, Xbox 360 owners can get their hands on “DiRT Showdown,” the off-road racing game from “Colin McRae” series, and the “Deus Ex: Human Revolution,” a critically-acclaimed role playing game that has multiple arcs for gameplay.

The four will be accessible for free on a limited time only. “DiRT Showdown” will run from Jan. 1 to 15 only, followed by “Deus Ex” on Jan. 16 to 31.” “Killer Instinct” is available the entire month while promotion for “Zheros” will be from Jan. 16 until Feb. 15.

Subscribers of the Xbox Live Gold can also take advantage of Xbox’s biggest sale dubbed as the “Countdown” as they are entitled to top percent additional discount to games which are currently being sold at marked down prices. The deal is currently rolling out until Dec. 31. Some of the promos are even extended to Jan. 7, 2016.