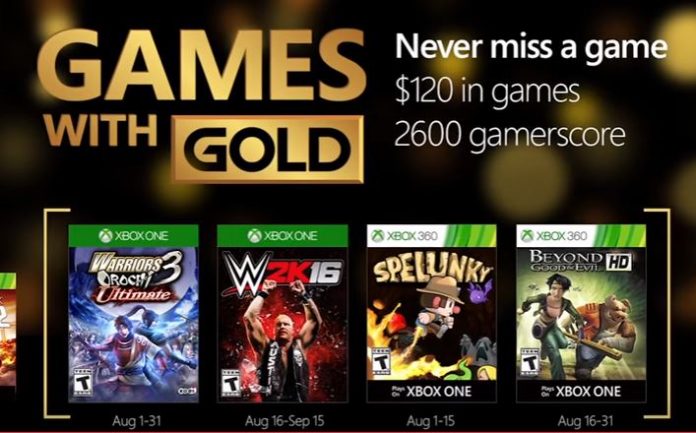 With days of the latter half of the month trickling down, the commotion of what September will bring to the Xbox Games with Gold roster gets bigger. At this time, the guessing game has already started with popular titles that have been on the wish list of players for quite some time now emerging as possible contenders.

“Red Dead Redemption” and “Dead Rising 3” have been crowd favorites since last month’s guessing game for August’s library started. But since that did not come to fruition, fans have continued to hope for their eventual addition to the Xbox’s monthly subscription program.

August’s list for the Xbox Games with Gold program has been a disappointment for some fans as instead of including the aforementioned titles, the open-source indie platform game “Spelunky” was released. It was then recently replaced by “Beyond Good & Evil HD,” which will be available until the end of the month for both the Xbox One and Xbox 360. Next week, however, the roster gets a bit of an upgrade following the release of “Warriors Orochi 3 Ultimate” and “WWE 2K16,” both for the Xbox One.

The updated version of “Warriors Orochi 3” continues the franchise’s mythology. And while it borrows similar features from its predecessor, “Warriors Orochi 3 Ultimate” offers players with a fresh take via the implementation of new storylines as well as scenarios.

“WWE 2K16” needs no further explanation as the series has been a staple for fans of sports video games. Boasting to have the most diverse roster in the series, it contains over 120 playable Superstars and Legends. Its inclusion in the August list of games is a good way to spend time while waiting for the release of its sequel in a couple of months.

Moving past this month, Microsoft is said to be announcing the much awaited Xbox Games with Gold September lineup at Gamescom 2016. The event, which is an annual portal for video game enthusiasts and companies, will be held in Cologne, Germany from Aug. 17 to 21.

'The Bachelor' season 20 finale: Higgins asks permission from the winner's...