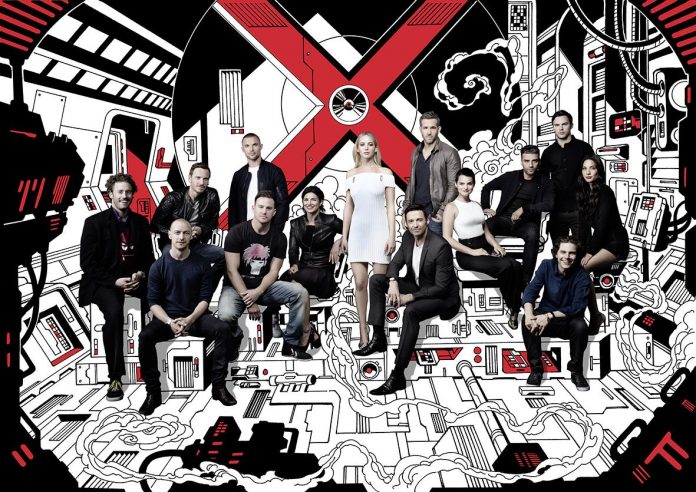 The Marvel Cinematic Universe is arguably the biggest and most well known among all the comic book-based franchises out there. It started with “Iron Man” in 2008 and “Captain America: The First Avenger” in 2011, which eventually gave way to the massive “Avengers” movie in 2012. However, before Tony Stark and Steve Rogers came into the picture, the X-Men have been saving the world since its debut movie blasted through cinemas in 2000.

Pioneered by award winning actor Hugh Jackman as Wolverine, the “X-Men” franchise has grown throughout the years with multiple sequels, prequels, and spin-offs. The film series has become that 14<sup>th highest grossing film franchises of all time earning over $3 billion worldwide.

The photo was taken last July when the actors and actresses attended the annual San Diego Comic Con to lay down the roadmap for Fox’s share of the superhero community. There will be numerous releases in the year and some undisclosed ones yet in the following years. “Deadpool” and “X-Men Apocalypse” both have confirmed release dates on Feb. 12 and May 27 respectively. A third standalone “Wolverine” movie is scheduled for a March 2017 drop. “Gambit,” although confirmed, still has no target date of release and “X-Force,” a movie adaptation of “The New Mutants” and a “Deadpool” sequel are all in the can.

'The Flash' season 2 spoilers: Finale may feature death of a...