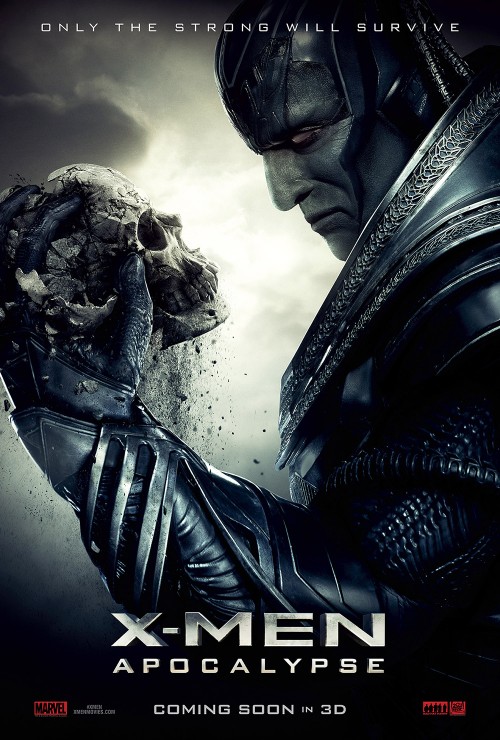 20th Century Fox has released the first official trailer for the ninth film in the “X-Men” film franchise, “X-Men: Apocalypse.”

The less than 3 minute-trailer opens up into the vision of the young Jean Grey (Sophie Turner) depicting the apocalyptic nightmare that would soon happen in the future of the world. She is being reassured by Professor X (James McAvoy) that she is just having a bad dream.

The film features Marvel comic’s super villain Apocalypse (Oscar Isaac), an immortal mutant and known as Mister Sinister he has been revered as a god since the start of civilization. He collects the powers of other mutants like the dispirited Magneto (Michael Fassbender). Apocalypse is attempting to build his new world order by wiping out humankind first so he can reign. As the destiny of the world is at stake, Raven (Jennifer Lawrence) leads a group of fledgling X-Men to save the world from extinction but first, they need to crush the antagonist.

The upcoming “X-Men: Apocalypse” is directed by Bryan Singer who also did the previous box office hit “X-Men: Days of Future Past.” This will be another film that is expected to showcase the creative take of a brilliant director. Singer’s previous directorial stint in “Days of Future Past” has resulted to an Academy Award nomination in the Visual Effects category, which is the first for “X-Men.” The movie earned a total of $747 Million  the sixth highest grossing film of 2014.