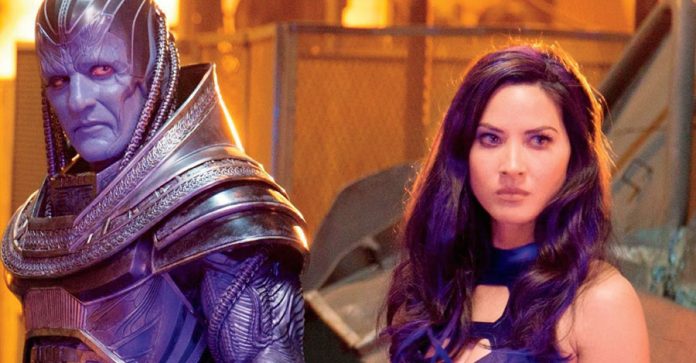 After the massive release of Fox Marvel Universe “Deadpool,” they are now slowly turning to their second release of the year in “X-Men; Apocalypse.”

The third installment of the current saga will pick up with the mutants facing off what would be the first of their kind, Apocalypse (Oscar Isaac), and his effort to wipe out the entire human race. To “clean” the world, he will have the help of his four horsemen, one of which is Olivia Munn’s character, Psylocke.

Given the franchise’s numerous movies which tackled time travelling, there have been quite a few details that do not match up and this is something that Munn has been very adamant of since getting the role. In a recent interview with Collider, she revealed that she tried very hard to keep the character’s story as close as possible to how she is in the comic books.

Psylocke’s skills include telepathy and telekinesis, although in “X-Men: Apocalypse,” only her telekinetic abilities were fully shown, something that was deliberately made as to not crowd the movie with so many things going on.

Given her character’s special powers, the actress revealed that at this point in the movie, she is part of the bad guys, but the truth is she has just been waiting for the right purpose to devote her gifts into, something that has been exploited since the beginning.

“Some of my fight scenes that I have, I’m able to go after them quickly because I’m already assessing what they’re going to do but they don’t know that I have that ability,” she said.

Given the extent and back story that her character has, Psylocke was asked about any plans for a spinoff movie for her character and instead of answering a straight forward “yes” or “no,” she actually gave in some insights on what could be the core theme of her origins movie.

“I think if Psylocke had a chance to tell her story, it would be great to start with the genesis and have an understanding… I think maybe like right as she’s getting out of university and before her whole familywe jump in right before all of her family is taken out and we have an understanding of what she had to lose. Then her figuring out her powers and how powerful she is. I think that would be a great thing to, because it’s something that I always loved about her. That she came from a good family and lost everything. Yeah, I would just like to tell that story,” Munn gushed.