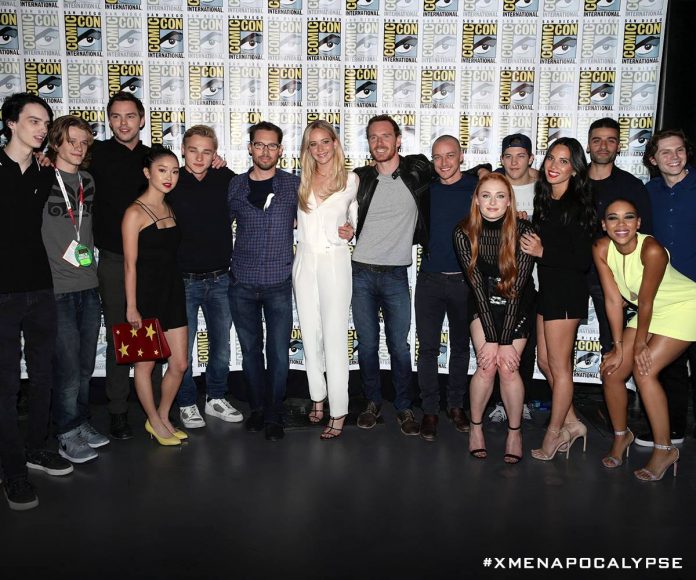 Fox is going all out with hyping the upcoming X-men: Apocalypse despite the lackluster reviews that have come in for its Marvel franchise reboot Fantastic Four.

Even director Bryan Singer is posting images on his Instagram unlike other directors of major blockbuster movies who keep fans in the dark until the actual movie is upon them.

In a recent feature by Entertainment Weekly, fans finally got a glimpse of Alexandra Shipp, who plays the young Storm in 1983 Cairo. Fans also got a dose of Oscar Isaac looking menacing in his full Apocalypse regalia. Ever since images have been released by the studio, fans have become increasingly excited about the new movie as the costumes are much more faithful to the original looks from the comic books, Den of Geeks reported.

Also featured in the issue were Evan Peters as Quicksilver, Jennifer Lawrence as Rogue, Michael Fassbender as Magneto, Tye Sheridan as Cyclops, Game of Thrones’ Sophie Turner as Jean Grey and a bald James McAvoy as Professor X.

Olivia Munn also did not stop at baring her Psylocke costume, and she even shared a clip of her workout on Instagram.

In related news, it would seem that Fox is seeking to expand its branch of its Marvel Cinematic Universe by trying to close a deal to develop its own X-men Live Action television series.

Fox bought the film rights to the Fantastic Four and the X-men franchises even before Marvel Entertainment went full blast in developing movies for it’s wide roster of characters and partnered with Disney. Fox is also now working on the Deadpool spinoff featuring Ryan Reynolds, and Gambit featuring Channing Tatum.

“[For] X-Men, we’re in negotiations with Marvel. We’re hopeful we’ll be able to announce something soon. We’re not closed on a deal yet, but it’s something we’re definitely pursuing,” Fox Television Group chairman and CEO Dana Walden said to The Hollywood Reporter.

Walden however clarified that they will not be featuring Marvel characters on the Disney side through ABC should a deal materialize.