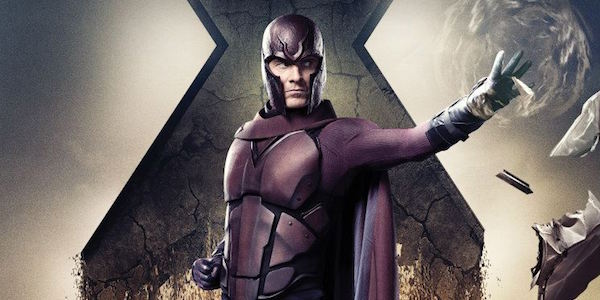 Apocalypse maybe the headliner of the upcoming “X-Men: Apocalypse” movie, but Magneto will also have a major arc in the story line of the original mutant.

A small group of media outlets, including IGN, was given the privilege to do a set visit of the aforementioned film where Michael Fassbender personally talked about the transition that his character, Erik, will be undergoing.

“I start off in Poland for Erik and he’s basically living a normal life, has a family, has fallen in love and has basically disappeared for the last eight years or so, doesn’t use his powers, has left that life behind and lives a very sort of simple life,” Fassbender said.

Obviously, something happened to him to suddenly lean more into the dark side and serve Apocalypse instead. While Fassbender did not disclose any more information regarding what will be the ultimate occurrence that will forever separate him from Charles/Professor X (James McAvoy) and his group of mutants, he continued to discuss the logic in Erik’s decision.

“I think that’s the classic thing of any sort of megalomaniac, there are huge contradictions and hypocrisies within it,” the German-Irish actor explained when pressed about the irony that Erik would want to work for someone who wants to wipe out the world and clean it, when he was a victim of such crime himself. He is a Jewish boy who has lost his parents to the Nazis and was discriminated as well, growing up.

“I think he’s come to a point where he’s been pushed to that place where he doesn’t care anymore. He’s kind of dead inside,” he added.

Then there is also the perspective that because Apocalypse has some biblical connections, Magneto may be seeing him as some sort of God coming to give him a sense of direction, something Fassbender admitted discovering through his talks with producer Simon Kinberg and Oscar Isaac who plays the title role in the movie.

“Once [Magneto] joins, there is a scene where [Apocalypse] comes and reveals himself to Erik and he’s like, Join us.’ And in a way, it’s a more religious take on it. At that moment [Magneto] goes, ‘I’m leaving this world behind now and I’m walking into hell, and I’m prepared to do that,'” Fassbender shared.

In the end, the 38-year-old actor coyly teased what would be the relationship dynamics between him and Apocalypse saying “He’s gonna use my powers and then some. Forget the moral dilemmas. I’m out to kill and destroy. Let loose,” hyping up fans on what else is there to anticipate in the upcoming massive movie.

“X-Men: Apocalypse” will be hitting the cinemas starting May 27.

'Supernatural' season 11 news: Professional wrestlers to appear; Crowley gets a...