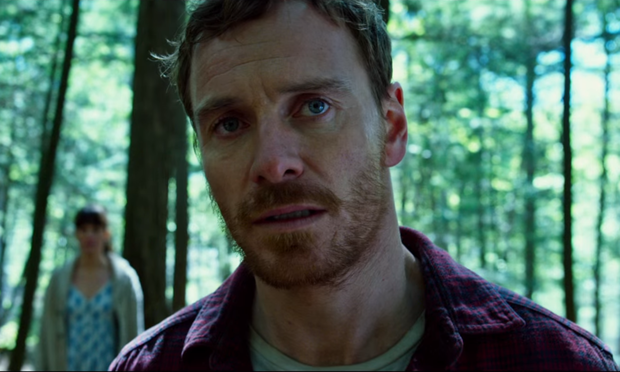 After being absent in the London premiere of his latest flick, “X-Men: Apocalypse,” Michael Fassbender joins in the fun at the Sydney leg of the promo tour for the movie.

The two-time Academy Award nominee plays Magneto in the project, a character he has been reprising since 2011 when he broke into the superhero genre with “X-Men: First Class.”

Aside from walking down the red carpet for the event which was held at Event Cinemas in Sydney’s Central Business District, he also granted some interviews with a couple of press members who were in attendance.

“He’s complicated, he’s a complicated guy and there’s layers to him,” explained Fassbender to Daily Mail during the occasion. “His history is so violent and there’s so much there in terms of something to mine from as an actor, it makes it a lot easier.”

Despite Magneto’s impressive prowess which is rooted on his ability to manipulate steel, the 39-year-old revealed that what grounds Magneto to him is his bond with Professor X (James McAvoy).

“The sophistication of his relationship with Charles (Xavier – played by James McAvoy), all those things really I find very endearing about the character to play him,” he said.

The dynamic between the two characters as well as Fassbender and McAvoy is somehow chalked up to the first iteration of the Marvel mutants. Magneto and Professor X were first brought to life by Sir Ian McKellen and Patrick Stewart, respectively, in the original trilogy of “X-Men” back in the early 2000s. The four actors were given the chance to portray the iconic personas in 2014’s “X-Men: Days of Future Past.”

Fassbender has taken on multiple and diverse characters which range from a sex addict in Steve McQueen’s “Shameless” to a ruthless landlord in “12 Years A Slave,” but he admits that he is still mostly known as Magneto.

“It’s usually Magneto. He’s the most recognisable guy, whether I’m in Brazil or here or in India. It’s Magneto,” he divulged to News.com.au.

Fassbender is currently in Australia filming Ridley Scott’s upcoming sequel to 2012’s “Prometheus,” titled “Alien Covenant.” On top of the third iteration in the ongoing “X-Men” prequel series, the critically acclaimed thespian is also scheduled to drop two more movies throughout the year with “The Light Between Oceans” co-starring real-life girlfriend, Alicia Vikander and the big screen adaptation of the video game “Assassin’s Creed.”

“X-Men: Apocalypse” will break into North American theaters on May 27.