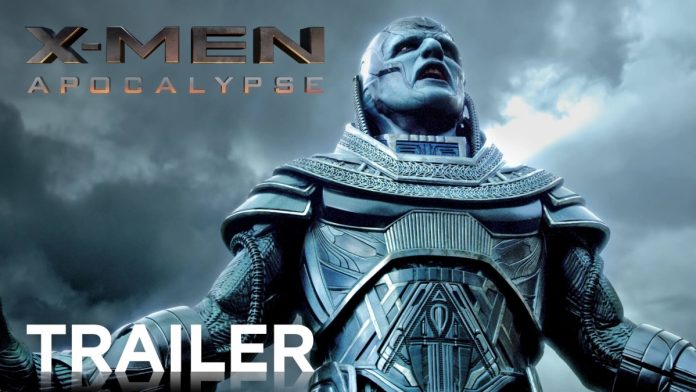 Fox’s second dip into the superhero movie filled year following “Deadpool” will come in a few weeks with “X-Men: Apocalypse.” But before the movie hit the theaters, director Bryan Singer has addressed the backlash that the film has been receiving in the last few months.

Talking to IGN, the director explained some of the creative problems that fans have been pointing out more specifically on the sound of Oscar Isaac’s Apocalypse.

“What I’m doing is something very unique. It hasn’t been done before. We’re rerecording his entire performance because the suit’s creaky and makes all kinds of noise, you can’t really use any of it anyway,” Singer revealed referring to the first released trailer where Isaac’s voice was used instead of the supposed modulated one for the main villain.

“But I want his performance. So he’s being recorded in ADR using a standard Sennheiser microphone, but also with a bass mic to his right cheek and a bass drum mic to his left cheek,” he continued.

Last year, the “Inside Llewyn Davis” star already revealed the difficulties in filming they were facing because of the squeaky suit. Some of the cast members of the aforementioned movie visited “Conan” where Isaac also shared that he is slated to re-do his lines via ADR.

On top of that, Singer also added that they are also trying to incorporate more technicalities in the voice of the supposed first mutant. He revealed that Apocalypse’s sound “ebbs and flows and moves through the movie, and changes, so he doesn’t just have one single voice. He speaks with different voices depending on different moments in the film.”

In a different sit down with Empire, Singer, who founded Bad Hat Harry Productions, continued to explain Apocalypse’s voice saying, “He’s bearing the souls, as we say, of many lives and many characters. He has contained within him many voices, but he chooses one primarily. Sometimes he’ll lapse into other kinds of voices, all taken from various ranges and tones.”

“X-Men: Apocalypse” is the closing piece of the current prequel trilogy in the franchise. It will follow the story of the reawakening of the first ever mutant, En Sabah Nur also known as Apocalypse and his crusade to “cleanse” the human race. On his way, he picks out his four horsemen who will help him battle Professor X’s (James McAvoy) new set of mutants.

“X-Men: Apocalypse” will hit theaters on May 18.