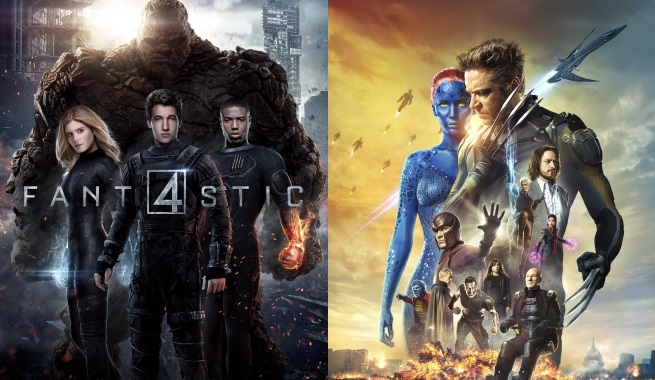 The Marvel Cinematic Universe is one big crossover, and X-Men director Bryan Singer is also planning one of his own.

According to Comic Book Resources (CBR), Singer is reportedly in talks with various parties for a possible cross-over film between the X-Men and the new Fantastic Four team brought together by Josh Trank. Singer said that he finds it a plausible idea to bring the two mutant groups together because they are “both ensemble films.”

“[T]here is a natural mechanism by which to do it,” the director said in the CBR article.

When questioned by Yahoo! Movies on what that mechanism said, Singer had only two words to say: time travel.

“It deals with time,” Singer said in a Yahoo! Movies Q&A session. The director then said he won’t say anything more, since understandably the film is still under discussion.

However, Singer admitted in the Yahoo! Movies Q&A that much hedges on the financial performance of the Fantastic Four film, which is set to hit theaters in just a few more weeks. The director said that 20th Century Fox will want to see first how Trank’s reboot of the superhero movie franchise which dished out two movies in the first decade of the new millennium before greenlighting Singer’s pet project.

“We’ll have to see how the films turn out,” the director explained.

“[Y]ou have to see how the films evolve before you make that decision to completely commit to that,” Singer added.

Time travel is a mechanism that Singer is not new to. He had explored time travel in last year’s X-Men film, Days of Future Past, which served as a sequel to “X-Men: First Class” and also essentially rebooted the original X-Men films.

Singer is currently directing “X-Men: Apocalypse,” the sequel to Days of Future Past. The Business Insider described the film as a period piece, since it is set during the 1980s.

'The Flash' Season 2 news: first look of Atom Smasher and...

Hailey Baldwin on Justin Bieber: 'I love him'