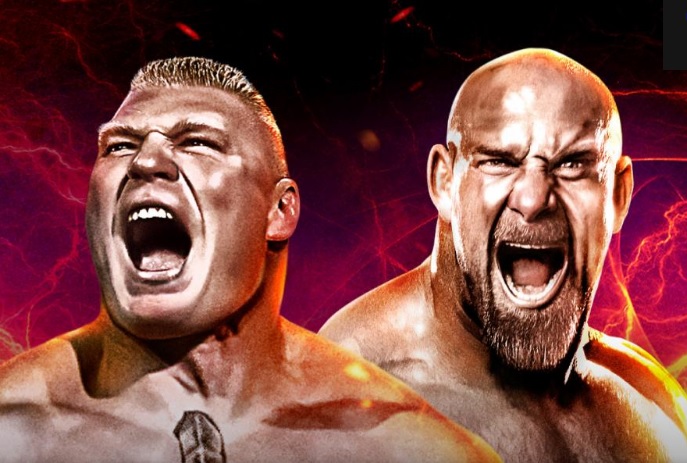 World Wrestling Entertainment (WWE) is slated to dish out one of their so-called big four pay-per-view events this month known by fans as “Survivor Series.” This year will be an interesting one as Brock Lesnar is set to brawl it out with the returning Goldberg.

Prior to their upcoming skirmish, the two have been exchanging words with each other and it sometimes ends up becoming too personal. The most recent one had Lesnar mentioning Goldberg’s family.

The former World Championship Wrestling (WCW) superstar then retaliated with an equally strong remark stating that the pain that he’ll inflict towards the so-called “Beast Incarnate” when they meet in this year’s “Survivor Series” will be topped by the pain that he’ll be inflicting next week.

For the uninitiated, the two wild beefcakes will be having some sort of a tune-up match on “Monday Night Raw” this Nov. 14 before finally settling their differences on a bigger stage.

Lesnar then responded to Goldberg’s strong words stating that the latter is somewhat issuing himself a death warrant. He further said that it would be unwise for Goldberg to fight him considering that he’s already a family man, to begin with.

Both wrestlers already had a scuffle back in 2004 and it is considered as one of the most memorable in the WWE. They were one of the fight cards at WWE’s “Wrestlemania 20” where wrestling legend Stone Cold Steve Austin became their guest referee. The two busted faces during that night though Goldberg emerged as the better fighter.

That being said, Goldberg was also quoted about a month ago saying that one of his reasons for returning to the ring is that he owes Lesnar a rematch and added that he has no intention of losing.

“Survivor Series” 2016 will be held at the Air Canada Center in Toronto this coming Nov. 20.