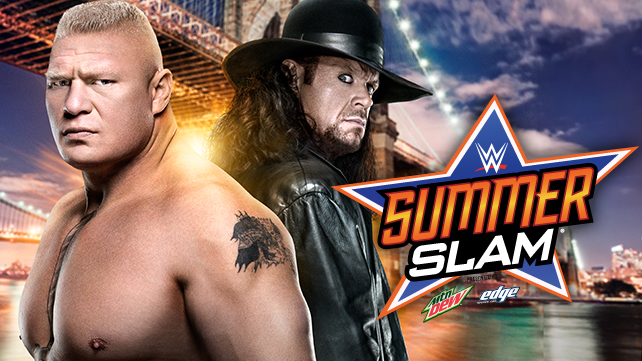 With the highly anticipated pay-per-view main event of The Undertaker versus Brock Lesnar for World Wrestling Entertainment’s SummerSlam 2015 only a few weeks away, predictions point toward another inevitable clash between Seth Rollins and John Cena.

Paddypower reports that the betting odds are in favor of the Deadman taking on Lesnar especially as the former has vowed to get his revenge after the latter broke his undefeated streak during WrestleMania 30.

Moreover, although there is no official announcement for Rollins and Cena melee, it seems like recent episodes of “Monday Night Raw” have been building an upcoming fight.

Reports claim that fans also want to see the two in the ring for the WWE World Heavyweight Championship because they are both current title holders. Cena got hold of the United States Championship since WrestleMania 31 while Rollins won the title of the event.

Although, foretelling who will come out victorious is harder than the odds between The Undertaker and Lesnar, Bleacher Report shares that Rollins will be a part of no-win situation with Cena.

The report mentioned that Cena is known for his tendency to always put up a good fight and win in the end. It is also believed that fans see Cena to automatically have the championship under his belt, no matter who he competes with.

Meanwhile, when it comes to mid-card teams, three more matches have been announced during the latest episode of Raw.

According to WWE’s official Twitter account, Tag Team Championships will have a four-way match including The New Day, Los Matadores, Lucha Dragons and Prime Time Player.

“Divas Revolution” will pit Team PCB, Team Bella and Team Bad against each other.

In a surprising turn of events, “Arrow” actor Stephen Amell will also join the match with Neville to battle against Wade Barrett and Stardust.