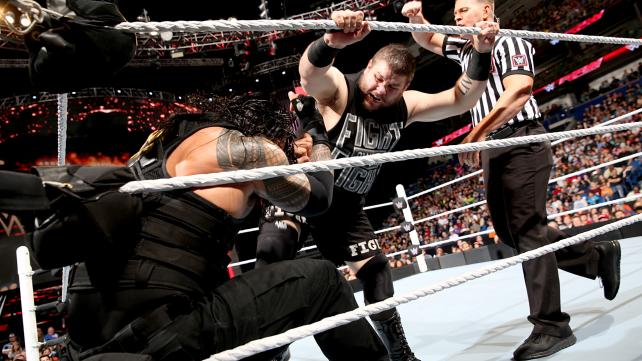 In the surprise announcement made by Vince McMahon, WWE chairman and guest referee on “Monday Night Raw,” he revealed that the incumbent WWE World Heavyweight Champion will need to defend his title in a WWE Royal Rumble Match.

Current champion Roman Reigns will have to fight 29 men in order to retain his Heavyweight Champion belt, as well as compete in “WrestleMania 32.” At the moment, the roster includes WWE Champion holders such as Kalisto from WWE U.S., Dean Ambrose from WWE Intercontinental, as well as Kofi Kingston and Big E from WWE Tag Team.

Meanwhile, in the prediction made by Inside Pulse, one forecast is Kevin Owens getting an early domination, as well as four-time WWE Champion Brock Lesnar’s elimination by Kalisto. There are also guesses that AJ Styles will make a surprise entry and will emerge as the Top 4. Aside from these, another prediction is a double cross play from Chris Jericho and Dean Ambrose, similar to their previous rumble. The same forecast write-up also mocked Curtis Axel, who may intentionally back out at the last minute in order to retain and brag about not being eliminated once again.

It is also worth noting that Reigns may still be able to put a strong fight and retain his Heavyweight Championship belt as he has just won it recently and will not easily let go of the title.

“WWE Royal Rumble 2016” will be aired on Jan. 24 at 8 P.M. ET on WWE Network. The event will take place at Amway Center in Orlando, Florida.