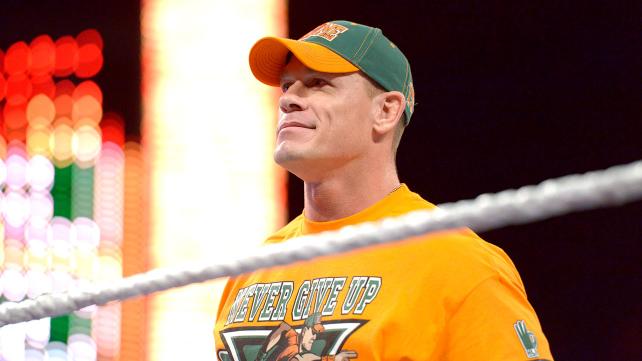 John Cena has served as the face of the WWE since 2005 and has since then also branched out into numerous other fields like rapping and acting. Now that the 38-year-old public figure is already serving what would be called the last stretch of his wrestling career, Cena opened up on what the future might be like for him outside the ropes.

The Massachusetts native participated in a round of press meetings while promoting the upcoming film of comedy duo Tina Fey and Amy Poehler, titled “Sisters.” In an interview with the Wall Street Journal, Cena was quoted in saying, “I know that I’m in a time fighting business. I’ve always sworn to myself that if I can’t keep up with the current level athletically, it’s my time to take another role, whether that’s commentating on the matches or stepping behind the curtain and molding younger talent. I always want to do whatever I can to help the [professional wrestling] industry. I see firsthand how happy we make kids and families. When you get a kid to sit down and have a conversation with [their] Superman, it’s the coolest thing. It makes their day. That’s a pretty cool, unique thing.”

In the movie, Cena plays a no nonsense drug dealer named Pazuzu. This is not the first time that the wrestler with the patented “You can’t see me” antic has dipped his toes in the comedy scene. Earlier this year, he played comedienne’s Amy Schumer’s boyfriend in the hilarious film “Trainwreck.“

He also explained the reason why he doesn’t do action roles like former wrestler turned film star Dwayne “The Rock” Johnson. “You run from explosions, beat people up. I do that now with 20,000 people cheering me on every night,” Cena said.