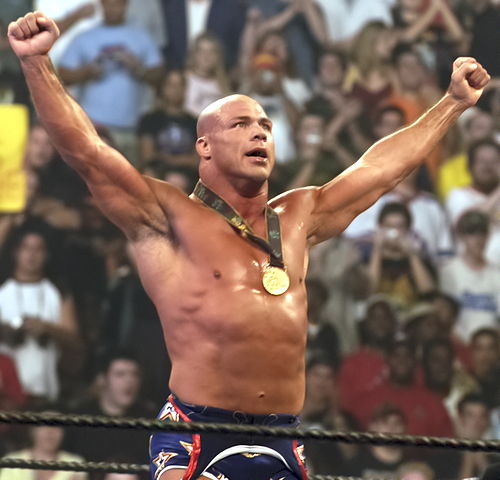 World Wrestling Entertainment superstar Dean Ambrose has managed to get himself a title shot against heavyweight champion Triple H.

As laid out by Sean Rueter for Cageside Seats, the former Intercontinental champion and United States champion has seemingly secured himself a shot at “The Game” during the February 29th edition of Monday Night RAW in Nashville, Tenessee.

In the said episode, Ambrose aimed to come to the aid of comrade Roman Reigns, who is currently in the sidelines while recuperating from a procedure for his deviated septum. The 30-year-old professional wrestler interrupted Triple H’s segment, demanding for a title shot.

The champion did oblige, but did not let Ambrose get away without a beating.

Ambrose is currently booked for a street fight against former UFC heavyweight champion and perennial contender Brock Lesnar for WrestleMania 32 on April 3rd in Arlington, Texas.

But given the new turn of events, he will now be facing Triple H for the heavyweight title on March 12th at the upcoming WWE house show, “Roadblock.”

The said event will take place at the Ricoh Coliseum in Toronto, Ontario. It will be broadcast over the WWE Network.

In an interview with ESPN UK, the 47-year-old gold medalist of the 1996 Summer Olympics openly declared his intent to focus more on being a family man, noting how he is cherishing his experiences with both TNA and the WWE.

Angle also says while he is not yet hanging up his wrestling boots, he is ‘pretty much’ done with TNA, a company he has wrestled for, for almost ten years.

“Not sure, maybe down the road, maybe I might come back, but most likely I probably won’t, because there’s a chance that I might not wrestle again,” Angle said. “I just wanna get a feeler this year and see what I wanna do and see where I wanna go.”