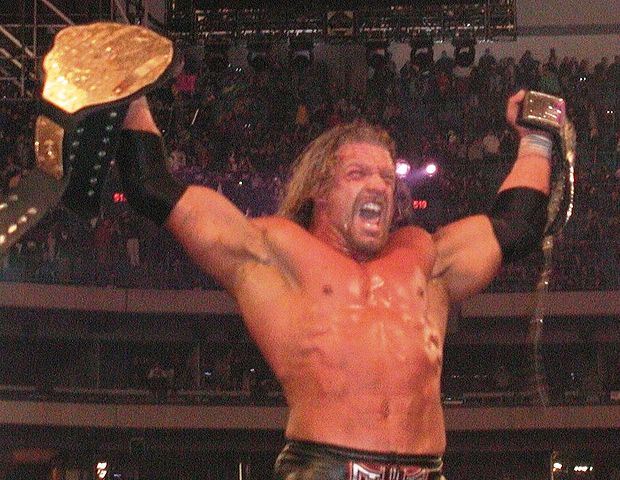 The former world heavyweight champion injured his knee in November, while in a match with Kane, in a house show in Dublin, Ireland. He was then deemed not fit for action for six to nine months.

However, in a report by Ryan Satin for Pro Wrestling Sheet, Rollins is said to be back in training, preparing himself for a still undetermined return to the ring. The report specified that the 29-year-old professional wrestler has been training without his knee brace at his own Black and Brave Wrestling Academy in Illinois.

He has, however, been cautious about it, as well, but has been constantly on the mats “multiple times a week.”

In a report by Geno Mrosko, Rollins is expected to be back by August, possibly in time for Summerslam 2016.

In an interview with Brian Fritz for the Orlando Sentinel, McMahon lauded Triple H (Paul Levesque in real life) for his aggressiveness inside the ring, despite his “nice guy” attitude outside of it.

“He’s done so well. I’m so proud of him, not just the years he’s spent in the ring and I don’t know how many more years that’s going to last. This may be his last WrestleMania.”

Triple H (Hunter Hearst Helmsley) began his career in 1992 in independent circuits before signing with the World Championship Wrestling brand from 1994-1995.

He was then signed by the WWE in 1995, where he portrayed a “Connecticut Blueblood” and was involved in feuds with the likes of Duke “The Dumpster” Droese and Henry O. Godwinn.

His most notable character was alongside “The Heartbreak Kid” Shawn Michaels, when they formed the “D-Generation X” stable in the late 90’s, during the WWE’s “Attitude Era”.

'The Originals' season 3 spoilers: Cami continues to fight for her...