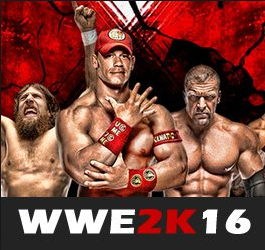 The game will initially be released in the North American market and the international release is set to follow three days later. WWE 2K16 will also be released for the PlayStation 3, PlayStation 4, Xbox 360, and Xbox One platforms.

During a Live Radio Show in Memphis, Jerry “The King” Lawler, a WWE Hall of Famer and a current WWE Announcer gave out details about WWE 2K16. He said that he is scheduled for doing voiceovers for a Stone Cold Steve Austin section and that fellow Hall of Famer Jim Ross is set to join him.

Speaking about the new game mode for Stone Cold Steve Austin, he said, “We’re already working on that. A lot of people ask about my old broadcast partner. They’re having in this year’s game, a big Stone Cold Steve Austin Attitude Era section and they have me and J.R. back together again in the studio doing voice-overs for that,” according to Crossmap.

In fact, Lawler said later confirmed that he and Ross have already recorded some of the commentary for the Stone Cold mode.

According to WrestleZone.com, Steve Austin is confirmed to be working with WWE 2K16.

In other news, Lawler, gave out other interesting details about the game, according to a report by WhatCulture. He said that the Stone Cold Steve Austin will get a new game mode, which will be called the ‘Attitude Era.’ He also said that this mode could be similar to the 2K Showcase mode.

So far, WWE stars like Sasha Banks, Rosa Mendes and Zack Ryder have already confirmed their participation in WWE 2K16.

Although the big names like Banks, Mendes and Ryder have confirmed their presence in the game, the publishers have yet to make comments or confirmations regarding their participation.