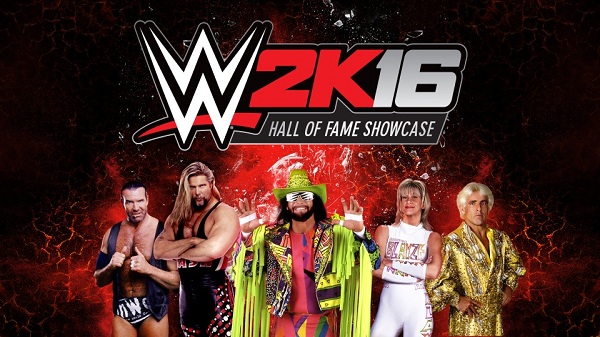 Publisher 2K Games has finally released “WWE 2K16’s” Hall of Fame Showcase DLC, marking the end of the game’s DLC campaign. It is the final add-on content for the game.

The playable matches included in the Hall of Fame Showcase DLC include six actual fights and one fantasy match. Players can recreate fights between “Macho Man” Randy Savage and Jake “The Snake” Roberts, Rikishi and The Rock, Tatsumi Fujinami vs. Ric Flair, The Bushwhackers (Butch Miller and Luke Williams) vs. The Natural Disasters (Typhoon and Earthquake), The Outsiders (Kevin Nash and Scott Hall) vs. Harlem Heat (Booker T and Stevie Ray), and Larry Zbyszko and Arn Anderson vs. Ricky “The Dragon” Steamboat and Dustin Rhodes. Players can also play dream matches between Alundra Blayze and Paige.

In addition, the Hall of Fame Showcase expansion pack, along with the rest of the DLCs, will also be included for free in the game’s upcoming PC version. “WWE 2K16” PC edition will launch on March 11, 2016. After this, fans can expect more WWE games from 2K Games as the publisher has recently reached a new multi-year deal with the entertainment company.

'Halo 5: Guardians': Phil Spencer explains why they ditched the popular...