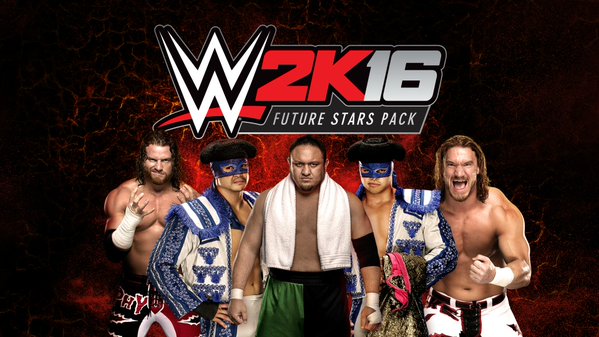 Wrestling enthusiasts and players of “WWE 2K16” may be delighted to find out that the upcoming downloadable content pack dubbed as “Future Stars Pack” will be bringing five more players to the game’s arena.

The DLC will introduce to the roster Samoa Joe, one of the current headliners in World Wrestling Entertainment’s developmental program NXT and has a good professional wrestling background, tag team partners Blake and Murphy who are standouts in their division at NXT, and Los Matadores which is composed of the tag team made up of Diego and Fernando and part of WWE’s main roster.

Players who want to get their hands on the DLC may be able to do so through two options – individual purchase for the price of $7.99 or as part of the game’s season pass for $24.99.

The “Future Stars Pack” DLC will hit the market on Jan. 26.

Meanwhile, 2k Sports has released patch 1.04 that brings interesting features to the game.

Alongside the exciting animations are several bug fixes for previously encountered issues and improvements for performance to make them smoother than ever. There are also supports added for the upcoming DLC ahead of its release.

There are different upgrades listed for new generation consoles PlayStation 4 and Xbox One and their predecessors PlayStation 3 and Xbox 360.

For the latest platform, the gameplay has been fixed such as in several warping issues, incorrectly performing wrestler’s moves, and improved AI behaviors among others. WWE Creations, 2k Showcase, and MyCareer were also addressed and given proper solutions.

For the older consoles, the stability issues for WWE Creations, WWE Universe, and 2k Showcase were also given focused.

Patch 1.04 is rolling out now and available via download.