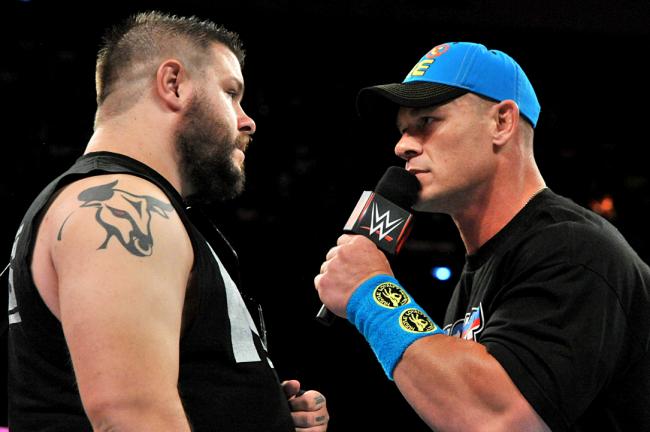 Rumors circulating on the internet suggest that John Cena’s return to the World Wrestling Entertainment (WWE) might begin with the resumption of a feud with one of his long running rivals.

It was recently announced that the WWE will effectively be resuming its brand split as its primary shows, “SmackDown” and “Raw,” will now have different schedules come “SmackDown’s” move to Tuesdays on July 19. WWE Chief Executive Officer Vince McMahon said that the two titles will have “distinct storylines” separate from each other, with “SmackDown” now broadcasting in live format.

According to a rumor round up report by Cageside Seats, one of the larger speculations about the brand split centers on the return of John Cena. It was announced back in January that Cena would be taking time off from the WWE after he underwent surgery for a shoulder injury.

Reports suggested the hiatus would take about nine months, but the wrestler unexpectedly returned to the WWE in early April for WrestleMania 32. Later that same month, Cena announced on Twitter that he will be returning on the May 30 Memorial Day edition of “Raw.”

Rumors point out that Cena will resume his feud with longtime rival Alberto Del Rio upon his return, indicating that the wrestlers will resume their scuffle over the WWE United States Championship title. Del Rio was Cena’s last opponent prior to his surgery, where the former defeated the latter via disqualification after an open challenge last December.

Before their last match, Cena lost the WWE United States Championship title to Del Rio in last year’s Hell in a Cell. Del Rio then lost the title to Kallisto in January after the former’s match with Cena.

Del Rio immediately regained the title, only to lose it again later that month. Kallisto reigned for about four months until Alexander Rusev took the title from him last weekend.

The Inquisitr suggested that the WWE decided on resuming the Cena vs Del Rio feud storyline, so the United States Championship can regain the status it had last year, when Cena’s reign garnered a lot of public favor.

Still, resuming the feud is only a rumor. WWE fans will have to wait for Cena’s actual return for any indications of what might come next for the wrestling legend.