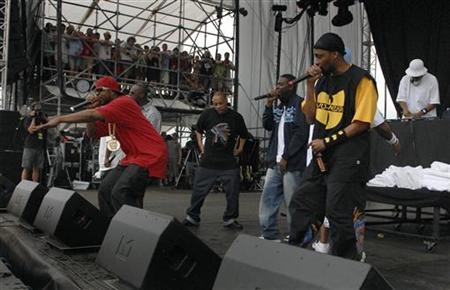 Wu-Tang Clan’s secret album “Once Upon a Time in Shaolin”  the most expensive single album ever sold in the history of the music industry  was purchased by pharmaceutical executive Martin Shkreli.

The album by the American hip hop group was auctioned by Paddle8 auction house. For many days, there were a lot of speculations as to the real identity of the buyer since the auction house declined to give details. Recently, Bloomberg Business released the name of the 32 year-old Turing Pharmaceutical executive.

According to Shkreli, he had the feeling that he had made the biggest offer for the “Once Upon A Time in Shaolin” album right from the start. An individual familiar to the auction deal revealed that it cost him $2 million.

Shkreli rose to stardom status after he raised the price tag of a medicine called Daraprim used by cancer and AIDS patients from $13.50 to $750.

The saga of the secret album started back in March 26, 2014, when group’s lead member Robert “RZA” Diggs opened up about the album for the first time in an exclusive interview with Forbes. The album was said to have been recorded secretly for the past years.

“Once Upon A Time in Shaolin” had been sitting in a very ornate and artistically crafted gleaming container made by British-Moroccan artist Yahya. The box that was stored somewhere in the shadow of the mountains of Morocco contains an album of 31- tracks along with 174- page leather bound book of lyrics and music backgrounds written on parchment paper.

Slides of pictures of the items contained in the box can be viewd in Forbes.

'Shingeki no Kyojin' season 2 spoilers: manga to resume Clash of...