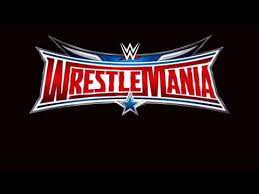 The surprise participation of Dwayne “The Rock” Johnson in Wrestlemania 31 has sparked some speculations that he may be joining Wrestlemania 32 at AT&T’s Stadium in Texas on April, 2016.

He appeared on a segment with Bo Dallas and ended it with his signature Rock Bottom. Johnson also said on an interview with Sports Illustrated months ago that he has talked with Triple H “about creating something that is amazing.”

“Look, the platform is there. You have Dallas and could set an attendance record, so that’s the first goal. And then what is the match that allows us to do that? I’ve had incredible matches with Triple H, so I’m not ruling it out.”

However, he added that there are no concrete plans as of the moment, “I’m not saying it is going to happen. We continue to talk about it, and we’re still shooting each other text messages. He sent me a message from Dallas that said, ‘This could be us. The record is ours.’ So we’ll see.”

Moreover, veteran and Hall of Famer Steve “Stone Cold” Austin gracing the cover of “WWE 2k16” game also generated some rumors that he may return on the ring especially with Wrestlemania 32 happening in his home state.

Paul Heyman of WWE Network asked Austin if he wanted to fight Brock Lesnar, to which Austin answered that if a faceoff between Rattlesnake and The Beast happens, the decision may depend on Lesnar.

“I have to think about it. But the person you really have to bring is Brock Lesnar cos I don’t think he wants to take all the momentum and all the good stuff you guys have done and then to roll it with 105,000 people to Texas… and get his a** smoked,” he said.

In reference to his videogame cover, he shoots down the rumor and set the record straight that it does not mean he is coming back, “So I would go on record: don’t look forward to me putting on the trunks and knee braces to get back in the ring and stomp a mudhole in somebody and walking it dry,” MTV reports.