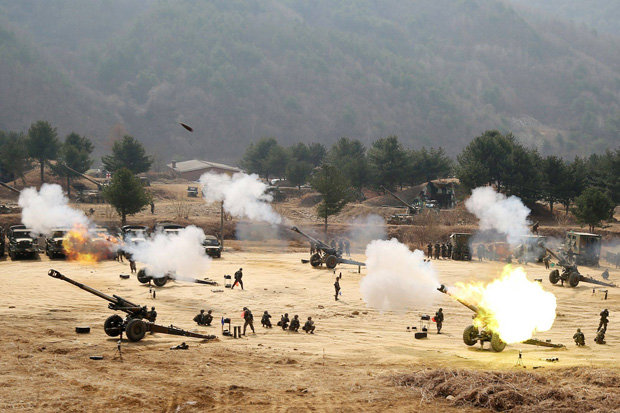 A film adaptation of George Friedman’s “The Next 100 Years” is set to hit the theatres in the near future to be directed by “Spiderman” trilogy director Sam Raimi.

Lawyer Herald reports that Friedman’s prediction about the threatening third world war which may occur around 2050 is under production with Billblock Media and Warner Bros. The film titled “World War 3” will be an addition to Raimi’s blockbusters including the “Spirderman” trilogy, “Oz the Great and Powerful,” and “A Prophet.”

“The Next 100 years” focuses on Friedman’s forecast on the three-year war involving the U.S., Turkey, and Japan along with their advanced technology strategies and weapons all based on the geopolitical forecaster and strategist’s research and analysis.

Published in 2009, Friedman’s book “offers a lucid, highly readable forecast of the changes we can expect around the world during the twenty-first century.”

The book’s synopsis added that Friedman’s predictions suggest that “the U.S.-Jihadist war will be replaced by a new cold war with Russia; China’s role as a world power will diminish; Mexico will become an important force on the geopolitical stage; and new technologies and cultural trends will radically alter the way we live (and fight wars).”

According to Screenrant, Friedman predicted that the U.S. will be allies with China, India, Britain, Poland and its dominated countries in Europe against Japan, Turkey, France, and Germany. Although U.S. President Barack Obama is currently known for having close ties with French President Francois Hollande and German Chancellor Angela Merkel, Friedman foresees the U.S. defeating these powerful European forces in the future.

Meanwhile, in the current war in Syria, the U.S. and Russia have agreed to launch attacks exclusively against ISIS territories after Russian President Vladimir Putin has been accused of bombing civilians in the country, Express UK reported.

“We are going to track down each alleged violation and work even more now to put in place a construct,” said US Secretary of State John Kerry. This “will help us to guarantee that missions are indeed missions against Nusra or missions against Daesh.”