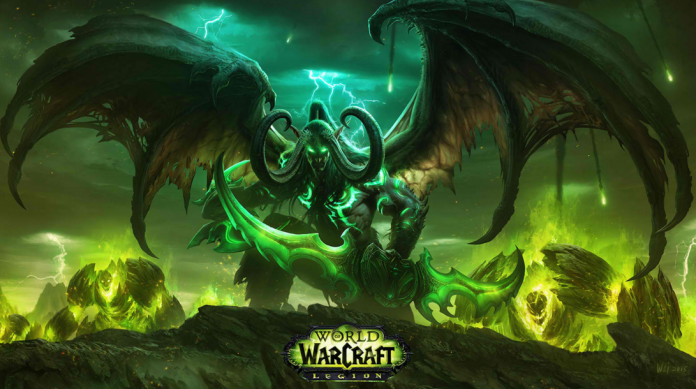 A new threat emerges against Azeroth in “Legion.” With the Tomb of Sargeras having reopened, the demons of the Burning Legion lay waste on the world and are fixated on destroying Azeroth. They plan to accomplish such sinister task by summoning the Dark Titan.

With no one to take arms against the Burning Legion and the threat of the Dark Titan both the Alliance and the Horde have fallen already it is up to one brave hero to save Azeroth from the rise of a new and darker threat.

The new expansion pack will also introduce a new in-game Class, the Demon Hunter. Demon Hunters are “elven outcast shunned for daring to wield the terrible powers of the Legion.” Being blind, Demon Hunters rely on having their sight through magical means, making them able to see even enemies hiding behind obstacles. Also, they are able to transform to a new form through Metamorphosis, giving great boost to both speed and attack, or the choice to be nearly invincible in their defensive form.

Demon Hunters are agile, too. They are able to double jump, vault in and out of combat, and even make use of their wings to make a deadly attack from above, or perform an air ambush on unfortunate foes.

New weapons that will be introduced include the Paladin Two-Handed Sword Ashbringer, the Death Knight Two-Handed Axe Maw of The Damned, the Mage Staff Ebonchill, Greatstaff of Alodi, the Monk Staff Shielun, Staff of the Mists, and the Hunter Bow Thas’dorah, Legacy of the Windrunners.

All pre-orders will grant bonuses to players who will unlock the Demon Hunter class ahead of the expansion’s release date.