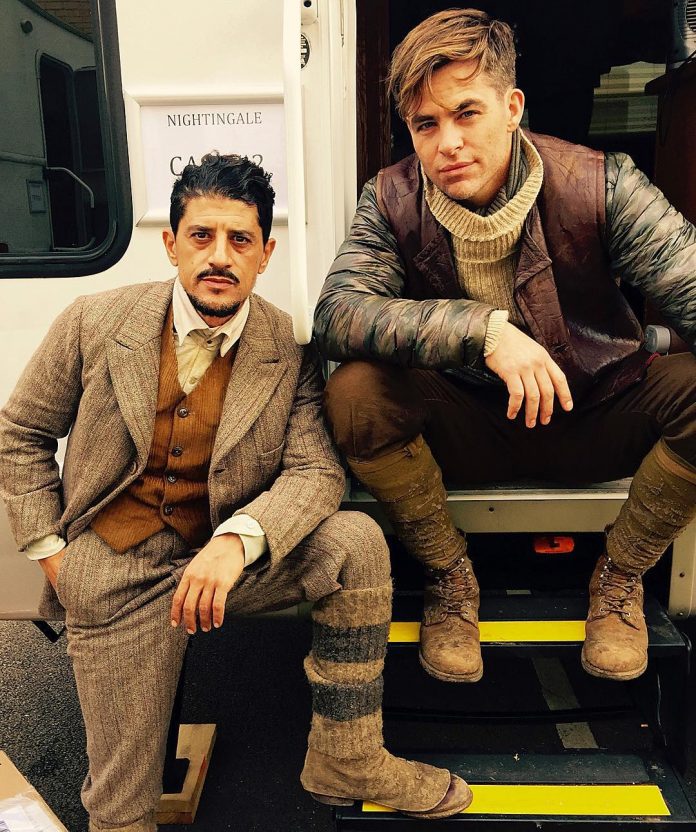 A new cast member from the upcoming “Wonder Woman” film has been recently revealed not by Warner Bros. Pictures, but by the actor himself through a number of Facebook and Instagram posts showing set photos.

Actor Sad Taghmaouiwhose notable acting credits include “Lost” and “G.I. Joe: The Rise of Cobra”posted on his social media accounts set photos of the upcoming “Wonder Woman” standalone film. Warner Bros. Pictures has not reported that the actor has been cast for the film or that the movie has already started filming.

Taghmaoui posted photos of himself with co-actor Chris Pineplaying the role of the main heroine’s love interest in the filmwearing clothing that seem to hint that they are in filming of the rumored World War II setting of one part of the film.

The actor also posted actor’s chairs with the names of Chris Pine, main star Gal Gadot, and himself aligned in line. The photos posted by Taghmaoui also revealed that the project code name for the “Wonder Woman” film is “Nightingale.”

The social media posts of Taghmaoui have been taken down shortly.

In previous interview with Collider, producer and Atlas Entertainment founder Charles Roven revealed that they will be shooting the “Wonder Woman” film in the areas of the United Kingdom and Italy by “the end of November.”

“We’re making most of ‘Wonder Woman’ [in the U.K.] and we’re also making most of Justice League there, ‘JL [Part] One,'” Roven said in an interview. “We’re definitely gonna be shooting ‘Part One’ in the first or second quarter of next year.”

As part of the previously announced DC Extended Universe road map, “Wonder Woman” hits theaters on June 23, 2017. It will be directed by Patty Jenkins from a script written by Jason Fuchs.