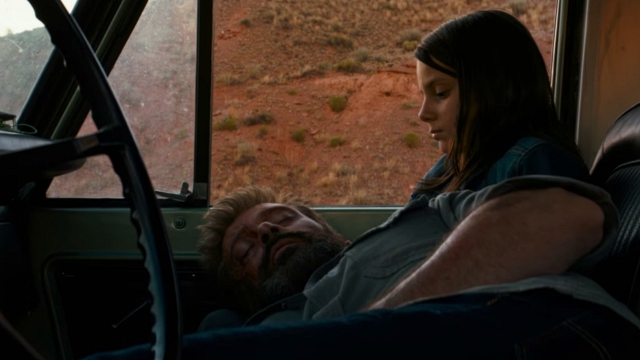 Director James Mangold threw a hard-hitting curveball with the first look at Hugh Jackman’s final outing as Wolverine in “Logan.” Heightened by Johnny Cash’s iteration of Nine Inch Nails’ original song “Hurt,” the almost two-minute trailer tackles characters and relationships which is a fresh perspective for the scruffy, impatient mutant.

The trailer which pulled on the heartstrings of viewers featured a less powerful, more battle-scarred Logan on his own while Patrick Stewart’s Professor Charles Xavier battles symptoms of Alzheimer’s a bit ironic for someone who has been reading minds all his life. It also featured a girl named Laura who is confirmed to be X-23 (Dafne Keen), Wolverine’s clone, and will be the subject of Logan and Charles’ search and rescue operation.

The tone of the film, as sampled by the trailer, also feels very different from the usual big spectacles featured in the “X-Men” lore. Instead, a smaller scale with almost an indie-vibe was presented which is totally polarizing with how “Old Man Logan” was depicted in the pages of the comic books.

The decision to seemingly go in a different direction could be a stroke of genius with the comic book’s narrative too difficult to translate onto the big screen. Firstly, 20th Century Fox just does not have all the pieces to utilize the story given separate copyrights for the Hulk, Hawkeye and even Red Skull (Marvel Studios holds them). Second, a lot of build-up for the story is needed just to make sure that the character, as well as the source material, is serviced appropriately which they just were not able to establish. However, the film is not entirely devoid of it as hints of the storyline have been handpicked and inserted in “Logan.”

During an interview with Empire Online, Mangold admitted that it had always been the plan to differentiate “Logan” from the rest of its movie cousins within Fox’s own Marvel Universe.

“We had to free ourselves from some assumptions that had existed in the past, and be able to change the tone a bit,” he said. “Not merely to change for change’s sake, but also to make something that’s speaking to the culture now, that’s not just the same style how many times can they save the world in one way or another? How can we construct a story that’s built more on character and character issues, in a way as if it almost wasn’t a superhero movie, yet it features their powers and struggles and themes?”

Separate as it may be, the film does not totally sever its ties from the whole lore. In fact, with Professor X’s involvement, it is difficult to not have the rest of the mutants come to mind. A reference was also thrown in the trailer revealing that by 2024, when the movie is supposedly set, all of them are apparently gone, presumably except for those in the film.

The route that Mangold is treading towards the send-off for such beloved characters in Jackman’s Wolverine and Stewart’s Xavier is exactly as how it should be, poignant and emotional. It is important to remember, that the two actors are basically the ones who paved the way for a new era in comic book movies long before Marvel Studio’s separate franchise and DC’s expanded universe started to take off.